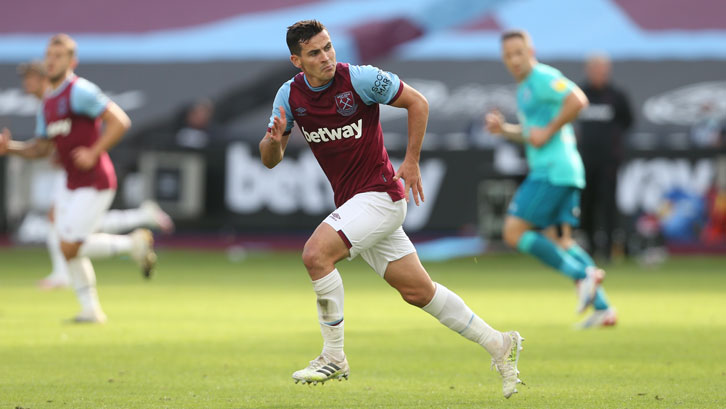 The 24-year-old moves to Belgium in search of regular first-team football with the very best wishes of everyone at the Club.

The Republic of Ireland international joined the Hammers at the age of nine, working his way through the Academy of Football and making his senior debut in a UEFA Europa League qualifying win over Andorran side Lusitanos in July 2015.

A Premier League debut arrived two months later as a late substitute in the 3-0 win at Liverpool, before he went on loan to Bradford City, Bolton Wanderers and Charlton Athletic, winning promotion to the Championship with the latter in 2019.

After captaining Republic of Ireland at U21 level, Cullen was rewarded with a senior debut for his country in September last year.

Cullen returned to West Ham in the summer and played in the Irons’ EFL Cup second-round win over his former club Charlton in September. The game was his ninth and last in Claret and Blue.

Everybody at West Ham United would like to thank Josh for his professionalism, commitment and hard work over the last 15 years and wish him all the very best for his future career.