Declan Rice believes West Ham United are quickly proving they are capable of pulling off results like Sunday's 3-0 victory at Leicester City on a regular basis.

The Hammers stunned the Foxes, who went into the weekend at the head of the Premier League table, with a performance which combined defensive solidity with a constant threat on the counter.

David Moyes' men attacked with pace and purpose through Michail Antonio, Pablo Fornals and Jarrod Bowen, scoring three times to add to the four they notched against Wolverhampton Wanderers the week before.

Having defeated two of last season's top seven sides so comprehensively, and performed strongly at Arsenal in the previous game, Rice says his team must keep that level up after the international break.

"It was an unbelievable afternoon," he said. "Going into the game, they were at the top of the league, just behind Everton, and in great form. But, look, so are we. That’s now three great performances in a row in the league.

"We were unlucky not to take something at Arsenal, we were unbelievable last week against Wolves and on Sunday it was another dominant display."

Leicester scored five times against Manchester City in their previous league game, but there was little evidence of their goalscoring prowess as the Hammers limited their threat superbly.

Debutant Vladimir Coufal slotted straight into the back five and Rice was full of praise for their impact on the game.

"We knew about Jamie Vardy’s threat and what he wants to do," he added. "We know his game, and I have to say Fabian Balbuena has had two games in the league now, after being in-and-out last season and he’s not had a run of games, and he’s been outstanding.

"Cressy, too, the last time the manager was in he stepped back into the three, and he’s been excellent again. By trade he’s a left back but he knows that left sided central defender position inside out, with people like Arthur coming back into the team.

"Special mention to Vladimir Coufal also, who I thought was absolutely outstanding today. A top player, warrior, and I can’t praise the backline enough. They keep talking to us and it’s a massive team effort."

Rice himself was unfortunate not to add his name to the scoresheet when his powerful solo run ended with a shot which crashed against the bar, robbing the Claret & Blue Army of a special celebration the England midfielder had up his sleeve.

"I’ve been wanting to open my legs up a bit more in midfield," he added. "In your head you’re always picturing scenarios where, if the ball does break here, you can break into that space.

"Pablo picked the ball up and I just made a run behind the midfielder and it opened up for me. I just thought there’s no point passing it, just keep going, and it was so unlucky it hit the bar. I was gutted I didn’t score because I had a good celebration planned!"

Nevertheless, there was plenty to celebrate on a memorable afternoon in the East Midlands and Rice says in this form the Hammers can keep looking upwards.

"We’ve scored seven goals and conceded none in two games, so that’s a positive goal difference and the main thing is we’re looking like a real threat going forward," he explained.

"Every time we get the ball into Michail Antonio the movement off him is magnificent and we’re looking really dominant." 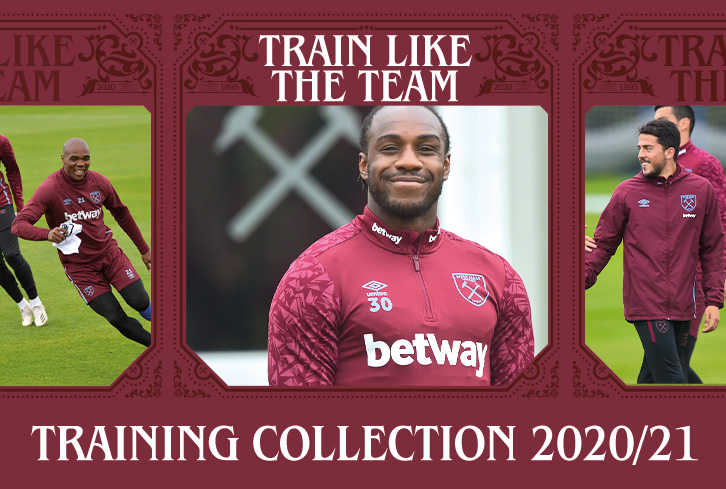