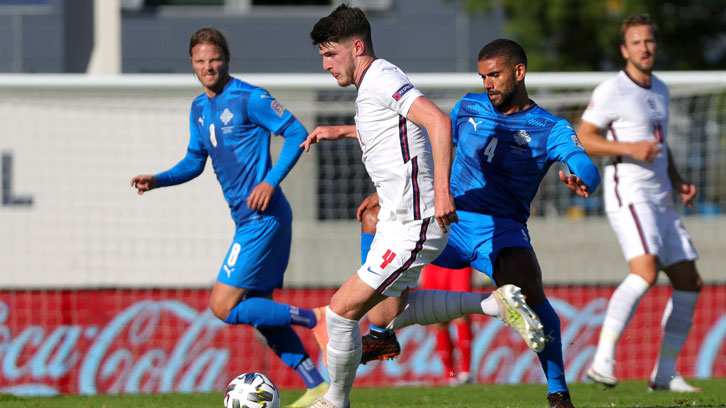 Declan Rice has been included in the England squad for three matches to be played during the October international break.

The West Ham United star, who has nine caps, has been called-up by Gareth Southgate for the friendly visit of Wales, followed by home UEFA Nations League ties with Belgium and Denmark, with all three matches to be played at Wembley Stadium.

The 21-year-old, who was part of the England squad which finished third at the inaugural Nations League finals in 2019, will hope to help the Three Lions top their group again this time around, having started his country’s opening two fixtures – a 1-0 win in Iceland and goalless draw in Denmark – last month.

After welcoming Ryan Giggs’ Wales to Wembley on Thursday 8 October at 8pm, Rice and company will face Roberto Martinez’s Belgium on Sunday 11 October at 5pm, and Kasper Hjulmand’s Denmark on Wednesday 14 October at 7.45pm.

Reigning Hammer of the Year Rice became West Ham’s 42nd full England international when he made his debut against the Czech Republic at Wembley in March 2019.