West Ham United will discover their Emirates FA Cup third round opponents in Monday evening’s draw. Here’s everything you need to know

West Ham United's Emirates FA Cup campaign will get underway in early January when they enter at the third round stage.

The second round took place over the weekend, with Canvey Island's tie against Boreham Wood on Monday evening set to complete the round three line-up of 64 clubs

Twenty of those will have progressed from the second round, joining the 20 Premier League and 24 EFL Championship sides who get a pass to this stage.

The FA Cup actually got underway in September, with six rounds of qualifying and the first two rounds proper whittling down to these final 64 teams.

Four non-league sides have made it this far, with the winners of that Canvey Island v Boreham Wood tie joining Stockport County, Chorley and the lowest-ranked team left, Marine of the Northern Premier League Division One North West, in the hat.

West Ham were eliminated in the fourth round of last season's FA Cup, defeating Gillingham in round three, but coming unstuck against West Bromwich Albion at the next stage.

Where and when can I watch the draw?

The draw will take place live on BBC One from 7pm on Monday evening, meaning you can follow it live before the Hammers' Premier League clash with Aston Villa this evening.

If you can’t watch live, news of the draw will be on whufc.com and our social media channels as soon as it is made.

What number should I look out for?

West Ham will be ball number 42 in Monday evening’s draw.

What are all the other numbers? 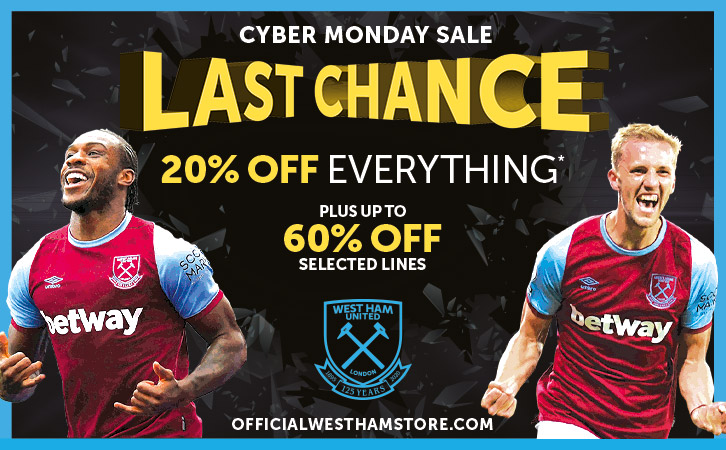