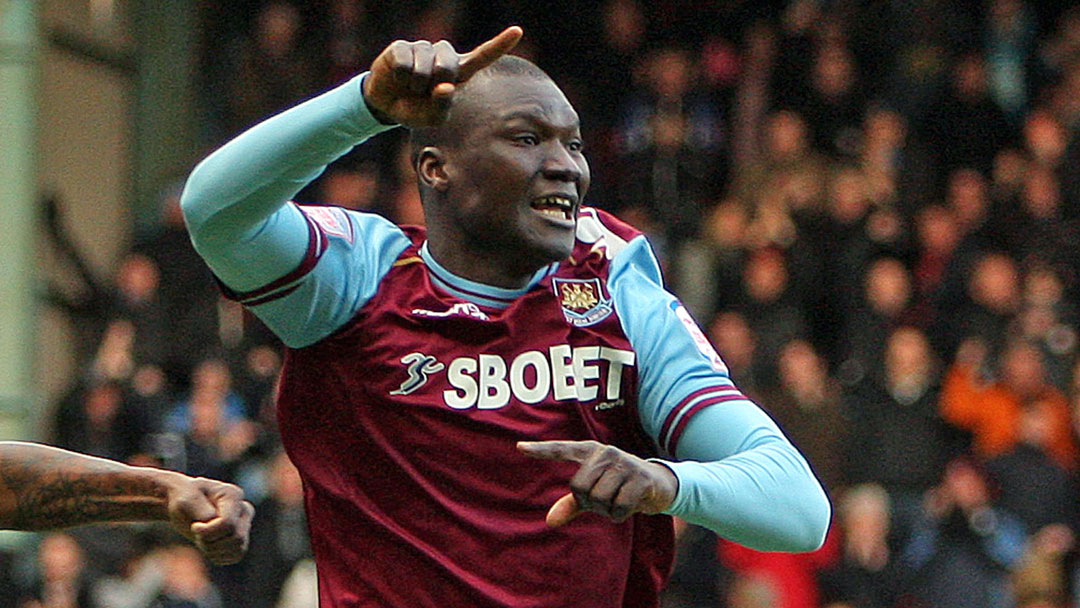 Everyone at West Ham United has been left deeply saddened by the death of 2012 promotion-winner Papa Bouba Diop at the age of 42.

The Senegal international spent the 2011/12 season with the Hammers, scoring one goal in 16 Championship appearances as Sam Allardyce’s squad returned to the Premier League.

Then 33, Diop’s experience, quality, physicality and positivity added a great deal to a squad that also included his compatriot and friend Abdoulaye Faye.

After joining on a free transfer on 30 August 2011, Diop made his debut in a 2-2 draw at Crystal Palace on 1 October. His only goal in Claret and Blue was an important one, as it was the winner in a 1-0 home victory over Barnsley on 17 December.

His final appearance also came against Barnsley, as a substitute in a 4-0 victory at Oakwell on Good Friday 2012.

Papa was known as ‘The Wardrobe’ and when he walked in he towered over me and I’m 6’2, but he was such a gentle, loving lad and always happy and smiling

While he was not involved in the Play-Off final squad, Diop joined the celebrations on the pitch at Wembley Stadium following the 2-1 win over Blackpool that secured promotion at the first attempt.

Kevin Nolan, who captained that West Ham team and is now a first-team coach, remembered a man who was as gentle off the pitch as he was fearsome on it.

“It’s so, so sad,” said Nolan. “Papa was known as ‘The Wardrobe’ and when he walked in he towered over me and I’m 6’2, but he was such a gentle, loving lad and always happy and smiling.

“We had Abdy Faye with us too and we always saw them together – two big, larger-than-life characters.

“Bouba had an impact in the time he was with us and you could see how much it meant to him when he and Abdy ran on and celebrated us going up and getting back to the Premier League.

“We were such a close, tightknit group back then and everybody who part of that squad will be devastated by this news that he has gone. I’ve already been in touch with Sam and some of the players and we’re gutted.

“We had an influx of the Senegalese players to the Premier League around that time in the mid-2000s and I was lucky enough to play with many of them – El-Hadji Diouf and Kalilou Fadiga, then Abdy Faye and Bouba, and they were all super lads. They were part of a very strong Senegal team and he was a major part of that.

“It’s just so sad to hear. I’m obviously thinking about his family at this time. To think that he's gone is awful, as he was far too young.”

Teammate Carlton Cole tweeted his own tribute to Diop: "We lost a friend and teammate too soon. Papa had the cleanest of hearts and an infectious smile that lit up any room he entered.

"He had such a positive vibe about him. He was a valuable team member in our promotion from the Championship in 2012. You are going to be missed big man!" 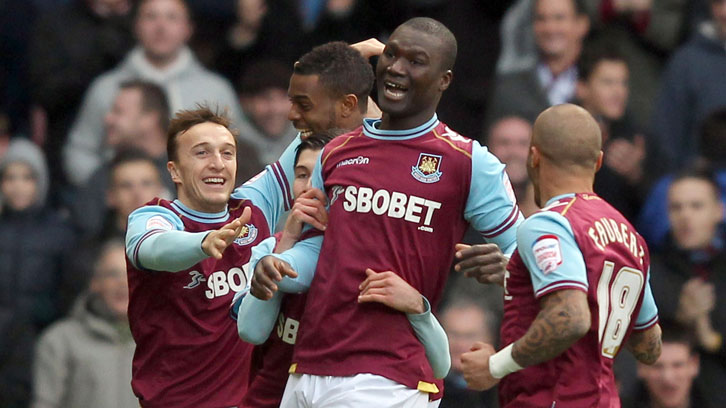 Prior to his arrival in east London, Diop had established himself as a Premier League stalwart and become a national hero in his homeland.

Born in Dakar, he played for ASC Diaraf before spending three seasons in Switzerland. In 2002, he moved to Lens in France, before his famous winning goal for Senegal against holders France at the FIFA World Cup finals helped the Lions of Teranga make a historic run to the quarter-finals.

In 2004, Diop joined Fulham and established himself as a Premier League force, earning the nickname ‘The Wardrobe’ for his strong midfield play.

He moved to Harry Redknapp’s Portsmouth in 2007, helping Pompey win the FA Cup in his first season with the club, before spending a year in Greece with AEK Athens, then linking up with the Hammers. Diop retired in 2013 after a short spell with Birmingham City.

Diop’s performances at the 2002 World Cup earned him instant legendary status in his homeland, as he added to his winner against France with two goals in a 3-3 group-stage draw with Uruguay, before helping Senegal beat Sweden to reach the last-eight, where they were beaten narrowly by Turkey.

In all, he played 63 times for his country, scoring eleven goals.

The thoughts of everyone associated with West Ham United are with Papa Bouba Diop's loved ones at this sad time.