Bobby Moore OBE, West Ham United and England’s greatest-ever player and a perfect gentleman of the game, tragically died from bowel cancer in 1993. He was just 51.

In memory of Bobby, West Ham are dedicating tonight’s fixture with one of his other old clubs, Fulham, to BMF and encouraging fans to get involved in the upcoming Football Shirt Friday fundraising campaign.

HOW YOU CAN HELP TACKLE BOWEL CANCER

Football Shirt Friday makes its triumphant return on 20 November and BMF will again be asking football fans across the nation to wear their shirts, donate and share a selfie to raise vital awareness and funds.

This year, we’ve called up actor, comedian and West Ham super-fan, Tom Davis, to the Football Shirt Friday squad to help spread the word, and he recently spent time with Irons players Ryan Fredericks and Ben Johnson selecting his favourite Hammers shirts, as you can see from our entertaining video!

Speaking about his support for the campaign, Tom said: “I never had the chance to meet Bobby, but every West Ham fan knows about the boy from Barking who became England’s greatest son. I’ll be wearing Claret and Blue on Football Shirt Friday to honour his memory and raise money to help beat bowel cancer. It doesn’t matter where you are on 20 November, just pick a shirt and get your mates and colleagues involved if you can. Let’s make Bobby proud.” 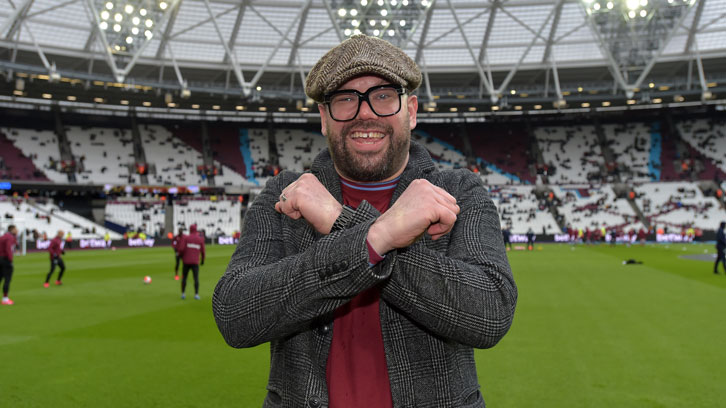 If you want to get involved, head to FootballShirtFriday.org to find out more and get your free fundraising pack with plenty of ideas for you and your colleagues, friends and family or school. All of the ways to take part can be done safely from home or wherever you are.

We understand that this is an incredibly busy time of year, so don't worry if you can't fundraise on 20 November. Simply choose when is most convenient for you.

On taking part this year, Stephanie Moore MBE, said: “Anyone can get involved in Football Shirt Friday. You could be the biggest football fan in the world or not know the offside rule, it doesn’t matter. Now more than ever, we need the generous support of incredible people like you. Every penny raised will continue funding our pioneering research and ensure that the impact of COVID-19 doesn’t affect our ambition to tackle bowel cancer.”

We know that early detection of bowel cancer is key. When diagnosed at an early stage, more than nine in ten people survive for at least five years. This drops to less than one in ten when the disease is diagnosed at the latest stage.

So, if you do spot something unusual, tell your doctor. In most cases it won’t be cancer – but if it is, finding it early can make a real difference. If you want to learn more about spotting cancer early, including information about screening across the UK, visit cruk.org/spotcancerearly. 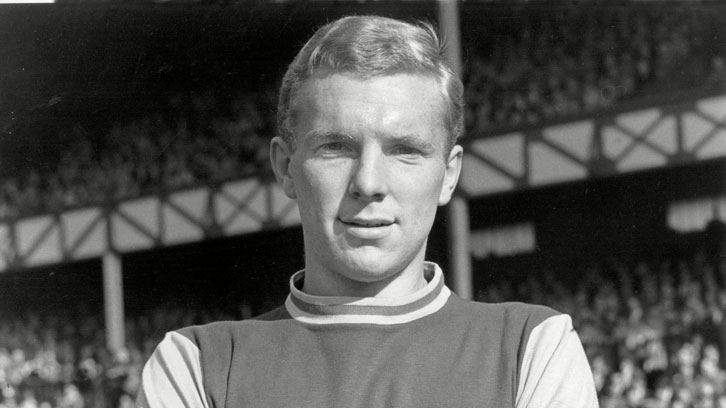 As well as raising awareness, BMF funds vital research to level the playing field. For example, our team in Leeds are developing a huge collection of data from patients with bowel cancer to rectify differences in survival for bowel cancer patients from different backgrounds across the UK and find out whether certain types of bowel cancer respond better to certain treatments.

All of this potentially life-saving work is only possible thanks to the tireless efforts of our supporters, who go above and beyond every year to help us beat bowel cancer. This year marks 27 years of BMF and during this time the fund has raised an incredible £27m. Since Bobby’s death, mortality rates for bowel cancer have fallen by more than 30%. But sadly, the disease still kills 45 people in the UK every day, showing we still have a long way to go to achieve our goal of tackling bowel cancer.