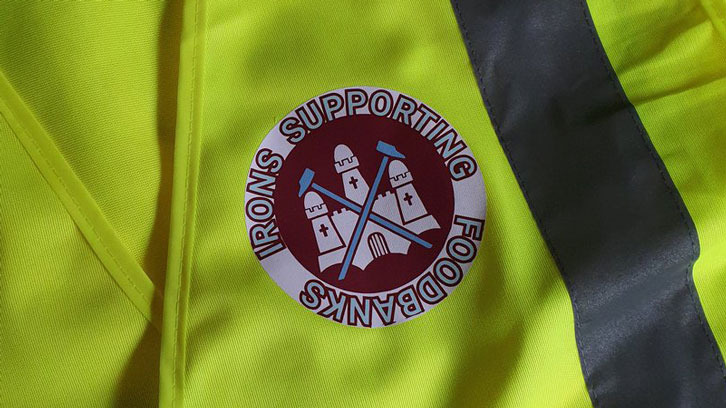 A donation of £3,500 will cover the shortfall in matchday donations that Irons Supporting Foodbanks expected to collect from supporters at the Hammers’ final five home Premier League matches of the 2019/20 season, which were postponed due to the coronavirus (COVID-19) pandemic.

Formed in December 2019, Irons Supporting Foodbanks has been collecting financial and food donations for Newham Foodbanks from generous supporters.

Founder John Ratomski explained: “We were collecting an average of £700 in food and cash donations for the Foodbank before our home matches. After lockdown and the postponement of the remaining five games, we would have been about £3,500 short in our donations. After reading about the shortfall Mr Sullivan has kindly stepped in to personally cover this amount.

“Both we and Newham Foodbank are delighted with this contribution. We’ve had steady support from the club since we started five months ago and this donation is a further sign of the Club’s support of those in need in the Newham community.” 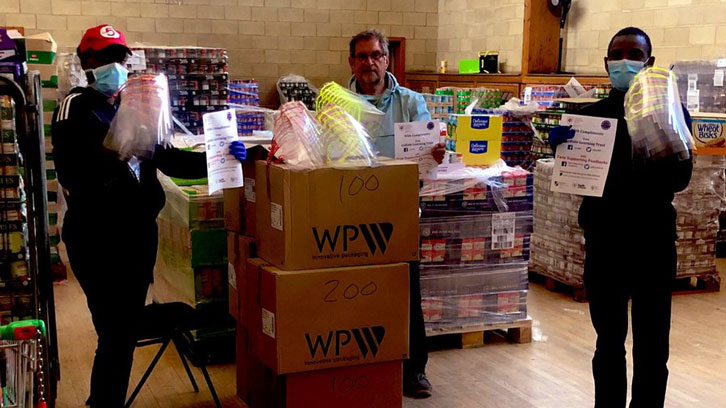 A further £1,500 will be donated to Merseyside PPE Hub to cover the cost of 1,000 PPE visors recently distributed to NHS Trusts and care homes across east London and Essex.

“Newham Council and Aspire Community also received visors for their care homes and other frontline staff.

“This additional generosity will make an extraordinary difference to a great many lives.”
Merseyside PPE Hub Manager John Parry said: “This is an unbelievable sign of fan solidarity. It doesn’t matter what the team colours are in the current pandemic.

“PPE doesn’t wear colours and we at Merseyside PPE are happy to support our friends at West Ham and are so grateful of their kind donations.

“This donation will provide for raw materials to make over 2,100 PPE visors for further distribution.”

As a Club, West Ham United and its Foundation have launched a wide range of initiatives to support the community, including the #HammersAtHome hub which provides information, advice and activities to assist fans during this uniquely challenging period.

More recently, the Hammers have also made a pledge of support for local NHS trusts across East London and Essex, by committing to a range of new positive community initiatives which will help the NHS to provide vital support for patients and staff.