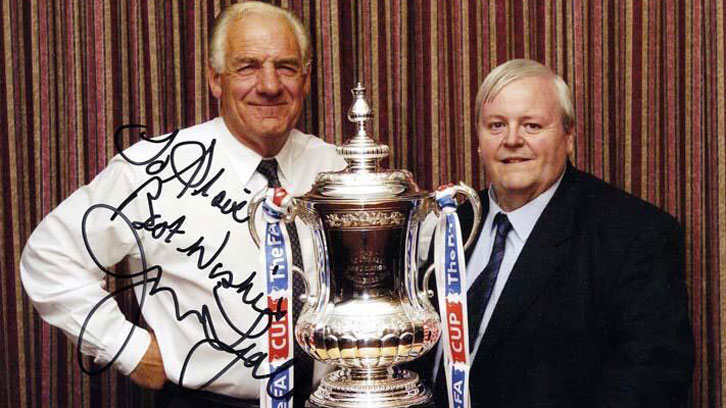 The West Ham fans travelled to Wembley Stadium in their droves to see their heroes in the FA Cup final of 1980.

But one fan had a privileged vantage point to witness the game and the celebrations afterwards.

Steve Bacon was not only the photographer for the Newham Recorder, he had also been invited by John Lyall to become the regular snapper for the Club as well.

I think I chose one end because the sun was over my shoulder and that meant I got the shot of Trevor scoring the winner, which I think was the best one of the goal

“I didn’t go to the team hotel on the Friday as I was going to the match with my brother Martin and some of the family,” he recalled. “I was just a fan before the game, soaking up the atmosphere with all the other fans, which was great.”

Once inside the stadium it was another day of work for the now retired photographer, and it was to prove a very special one for him as well as the Club. 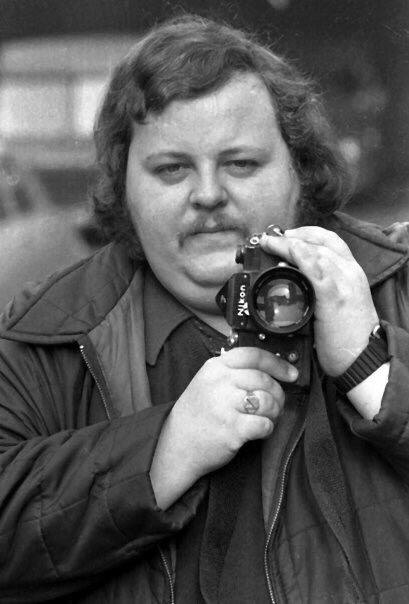 “It was my first time working at Wembley. I had gone to the 1975 final, but as a fan and I could only get a ticket for the Fulham end!” he said.

“Working at Wembley was good. You are not blocking anyone’s view so I could sit on a box, so it was just a question of choosing where to be.

“I think I chose one end because the sun was over my shoulder and that meant I got the shot of Trevor scoring the winner, which I think was the best one of the goal. I was using a Nikon by then with a long and a short lens, it was an 85mm that I got the goal on.”

Steve grabbed the telling shot of the goal from a different angle to the other snappers and it is generally considered by the experts to be the image that best captured the match-winning moment.

“It was a really hot day and you didn’t really know how the game was going, you are just looking through a lens,” added Bacon, who could not get near enough to take pictures of Billy Bonds being presented with the trophy.

“They then did the lap of honour and I remember David Cross coming up to me and saying ‘you were so slow Stevie, by the time you got down to where we were, it was time for the Rugby League Challenge Cup final!’” 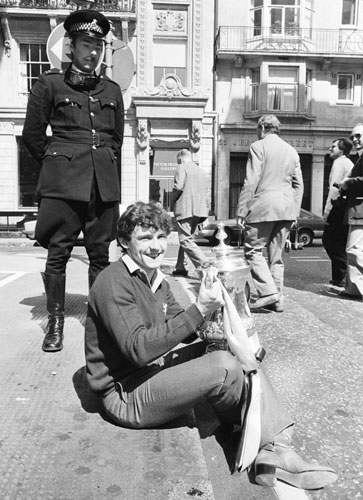 The day was far from over for Bacon, though, as he was invited to the after-match dinner at Quaglino’s in the West End.

“I remember coming into the restaurant all suited and booted and ‘Crossy’ came over and said ‘you’ve been taking pictures of us all day, let me take one of you with the FA Cup’.

“I wish I could remember what happened to that photo, but I lost it.

“The next day, Sunday, we went on the tour of Newham, though it was in a Lacey’s coach with the skylights taken out rather than an open top bus.

“All I could do was sit there watching the crowds rather than take any pictures.

“I was also invited to Newham Town Hall where I got a picture of Paul Allen sitting on the kerb with the cup and also ‘Crossy’ with a big hammer which was great.

“It was a weekend I will never forget.”

And, thanks to his photographs, we never will! 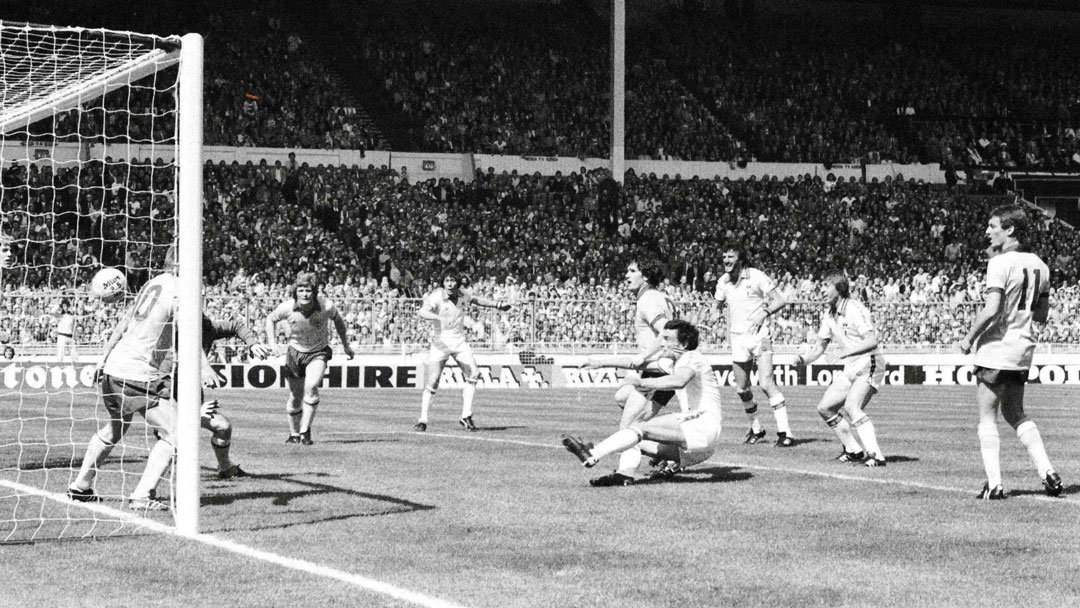