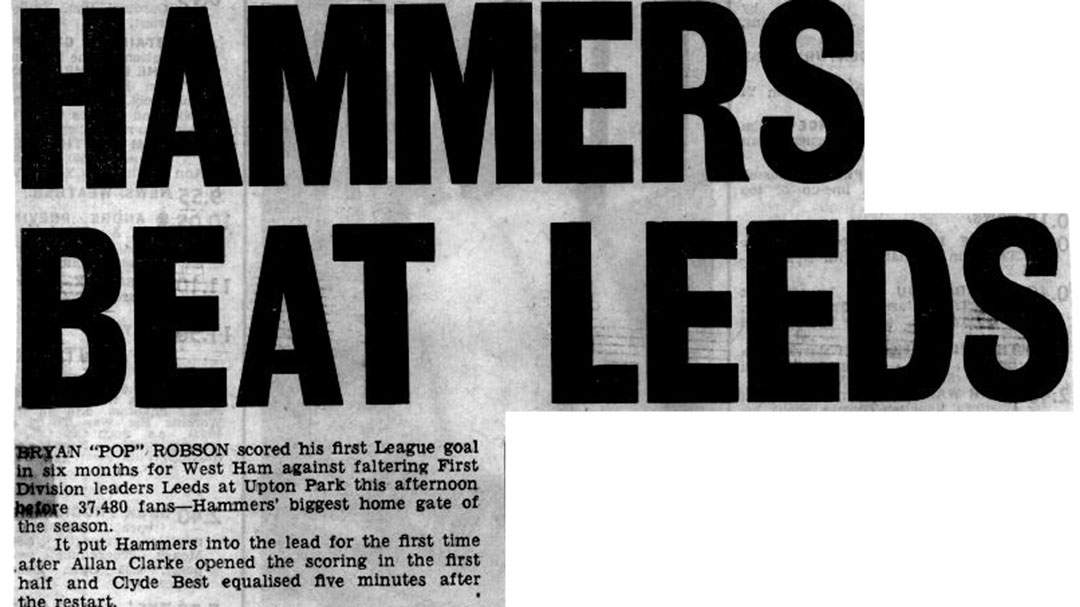 The 1973/74 season was one of tumult and change for West Ham United – but it was not all doom and gloom!

The Hammers kicked-off the campaign by failing to win any of their opening eleven First Division matches and had won just twice by Christmas to go into the festive season bottom of the table.

In early January, the Irons were knocked out of the FA Cup by Third Division club Hereford United before, in mid-March, legendary long-serving captain Bobby Moore departed for Second Division Fulham.

A challenging season would end with the manager who guided Moore and company to FA Cup and European Cup Winners’ Cup glory and a League Cup final during a successful 13-year spell in charge, Ron Greenwood, handing over the reins to assistant John Lyall and moving into the role as general manager.

This match is vitally important to both clubs, but it should be a cracker

While it was challenging, though, it was not all bad for the boys in Claret and Blue.

From New Year’s Day until 9 March, West Ham went ten First Division matches without defeat, winning six of them, to climb from 21st to the relative safety of 16th in the 22-team table.

Defeats by Coventry City and Sheffield United plunged the Hammers back down to 19th, one place above the relegation zone, with the next fixture on the list suggesting things could get worse before they get better.

Leeds United were four points clear at the top, albeit with second-place Liverpool having two games in hand, as they arrived at the Boleyn Ground on Saturday 30 March 1974, and manager Don Revie knew victory would be vital to his side’s title hopes. 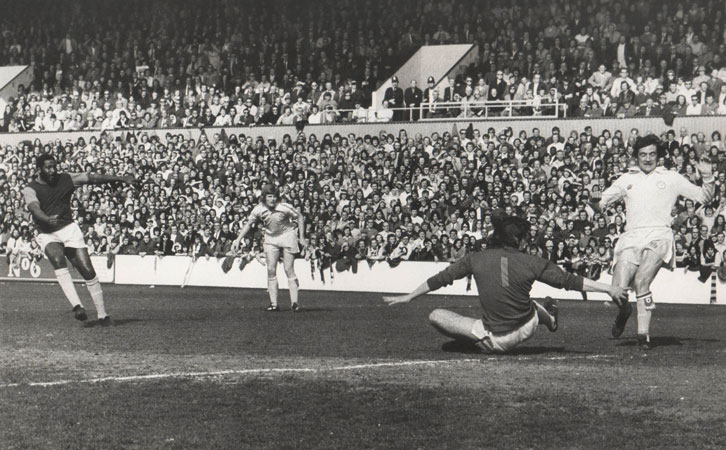 “Those two defeats by Coventry and Sheffield United have been unfortunate,” Greenwood admitted. “The Coventry game was the worst because we gave it away.

“We collected 18 points from 12 games and then you slip up twice and you’re back in danger again. But it just shows the strength of the First Division. Now it’s up to us to get back to winning again. This match is vitally important to both clubs, but it should be a cracker.”

“It’s going to be another difficult game because West Ham need the two points just as much as we do, but for different reasons,” Revie responded. “Past games between the clubs at Upton Park have always been close and West Ham, despite their recent slump, are a very good attacking and intelligent side.”

Revie’s comments rang true on a memorable afternoon at a sold-out Boleyn Ground, where 38,416 fans – the biggest crowd of the season – saw the struggling Irons come from a goal down to stun the visiting Peacocks.

Leeds, with Johnny Giles back in the side after injury, initially looked to be back on track when the Irishman clipped a ball to the near post, where Allan Clarke ghosted in to head past Mervyn Day just after the half-hour mark. 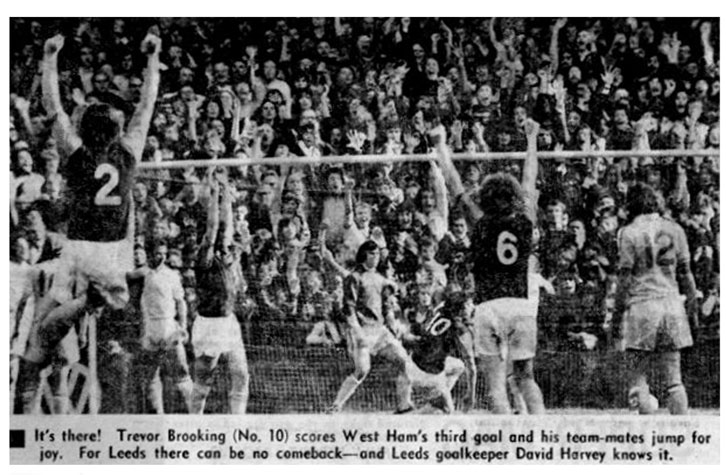 That was as good as it got for the Yorkshiremen, though, as West Ham produced a spirited second-half comeback to take both points on offer.

First, Clyde Best collected John McDowell’s long ball before firing past goalkeeper David Harvey. Then, after both sides had seen a goal disallowed, Trevor Brooking crossed for Pop Robson to head powerfully home and give the Hammers the lead.

Leeds threw men forward in desperate search of an equaliser, but it was Greenwood’s men who scored the match’s vital fourth goal when Moore’s successor as captain, Billy Bonds, headed down for Best, whose shot was diverted into the net by the outstanding Brooking.

Inspired, West Ham draw at Arsenal before drawing with Wolverhampton Wanderers and Southampton.

A 2-1 defeat at Manchester City meant a point on the final day would be enough to keep the Irons up, and Greenwood's men duly delivered, with Frank Lampard and Brooking scoring in a 2-2 draw with runners-up Liverpool to secure First Division safety.