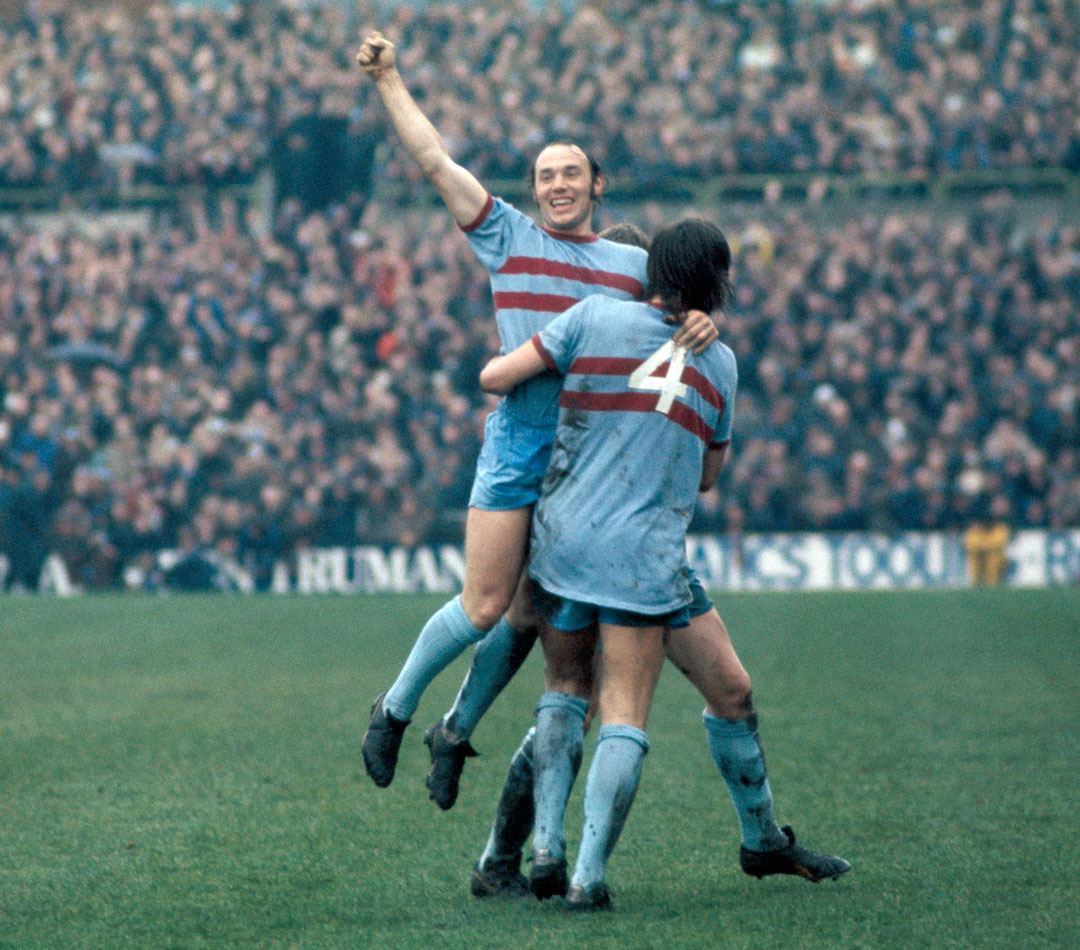 West Ham United were three games into a nine-match unbeaten run and on their way to a sixth-place First Division finish when they beat Crystal Palace 3-1 on this day in 1973.

Robson, who scored an outstanding 28 goals that 1972/73 season, celebrated his goal by being raised high into the south London sky by Billy Bonds in this iconic image taken by renowned sports photographer Ed Lacey.