West Ham United supporters have voted in their thousands and the first #ThrowbackThursday matchday will be a revisit of the 3-2 comeback Carabao Cup victory away to Tottenham Hotspur in October 2017!

Relive that memorable night with our extended highlights above and match report below!

It was a night to remember for everyone connected with West Ham United on 25 October 2017 as the Hammers came from behind to beat London rivals Tottenham Hotspur 3-2 at Wembley.

Slaven Bilic’s side, looking down and out at half time with Spurs two ahead, came roaring back in the second period, scoring three times without reply to book a place in the Carabao Cup quarter-finals.

Moussa Sissoko and Dele Alli’s goals had the hosts coasting, but Andre Ayew’s double levelled the scores before Angelo Ogbonna rose from a corner to become the Hammers’ hero at Wembley.

See a photo gallery from the epic comeback here

Bilic’s team were looking to bounce back after the previous Friday’s defeat to Brighton and Hove Albion but things started in the worst possible fashion for the Hammers when, just five minutes in, Spurs took the lead.

Fernando Llorente – promoted to the starting lineup in place of Harry Kane – set Heung-Min Son away with a clever flick.

The South Korean, charging away from Angelo Ogbonna, then found the perfect pass for Sissoko, who slotted past Adrian from close range to put his side one-up.

And 12 minutes later, the hosts would have had their second was it not for the brilliance of Spaniard Adrian in goal. The stopper, flying to his right, was on hand to deny Alli when his goalbound header came from Kieran Trippier’s dangerous cross. 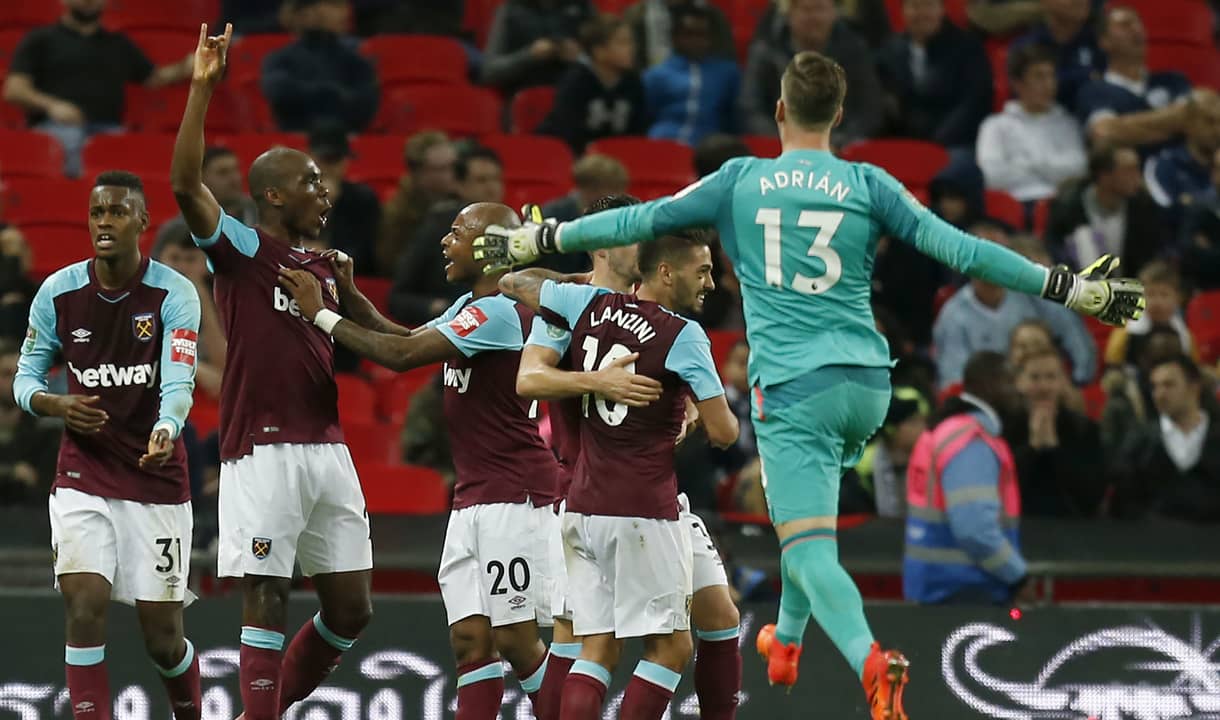 The Hammers had their first half chance of the evening soon after, when Manuel Lanzini’s free-kick was only half cleared, giving Cheikhou Kouyate an opportunity to attack the ball, but Spurs cleared and soon it was 2-0.

Spraying the ball around with confidence, Mauricio Pochettino’s men found their way to the edge of the box and Alli, exchanging a one-two with Son, curled in with the help of a deflection off Declan Rice’s head.

West Ham came out for the second half with a greater intensity and soon got themselves back into the tie. Lanzini’s corner was only half cleared and as Edimilson Fernandes’ fine strike was pushed away by goalkeeper Michel Vorm, Ayew was on hand to tap in from close range to half the deficit.

And before Tottenham could settle and regain their composure, the Hammers were level in spectacular fashion. Aaron Cresswell’s cross was cleared, but Ogbonna kept the ball alive and Lanzini escaped a white shirt to cross for Ayew.

The Ghanaian, still with plenty to do, side-footed high to Vorm’s right – well out of reach – sending the travelling support into raptures at Wembley.

Not content with just an equaliser, the visitors went in search of the winner and nine minutes later scored just that. Ogbonna – rising highest in the box as he did against Bolton Wanderers in the last round – completed the comeback, nodding past Vorm from Lanzini’s excellent corner.

The tie was not over there. Tottenham pressed for an equaliser and West Ham had Adrian to thank as he first denied Alli a second with his legs before then pushing away Sissoko’s confidently-struck effort.

Despite a barrage of Tottenham balls into the Hammers’ box, the likes of Kouyate, Rice and Ogbonna stood tall to get rid of everything coming their way and book their place in the quarter-final draw; a comeback which will live long in the memory. 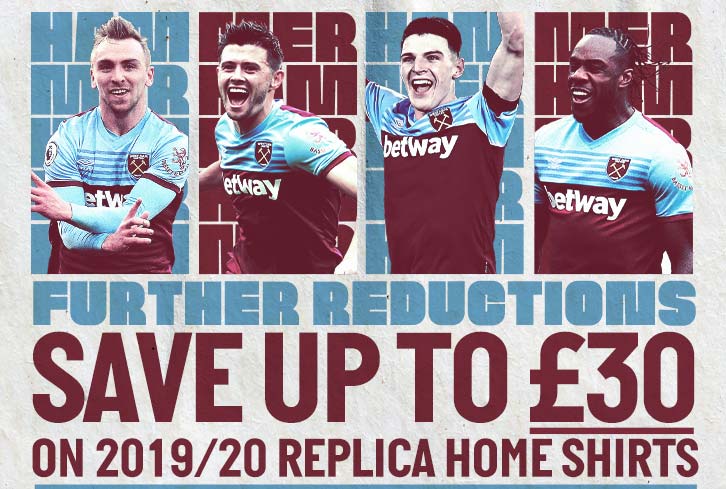