Martha Thomas nominated for PFA Player of the Month Award 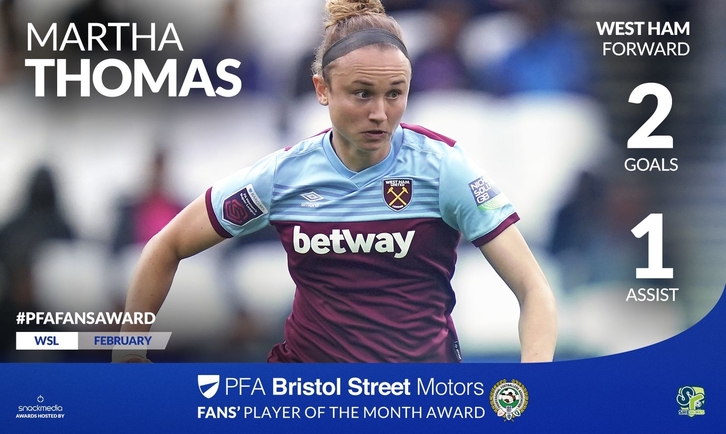 The Hammers No9 has enjoyed a fine spell for both club and country since returning from injury in mid-February, scoring twice and providing an assist in the 4-2 win over Liverpool at Rush Green Stadium.

Thomas also netted twice on her Scotland debut last week, in a 3-0 win over Ukraine in the Pinatar Cup.

The 23-year-old has five goals in 13 appearances in all competitions in her debut season with West Ham since joining from Le Havre AC last summer.

Voting is open now, until 9am on Monday 16 March, and West Ham United supporters can choose Martha Thomas as their February PFA Bristol Street Motors Player of the Month here or below!