Students from across east London and Essex were welcomed to London Stadium for a special afternoon to mark International Women’s Day.

The students were treated to a tour of London Stadium before being given the opportunity to ask questions on a range of topics, including overcoming challenges, equality, breaking into football and the development of the women’s game.

The Vice-Chairman gave an invaluable insight into her journey, while German playmaker Simic and Norwegian international Redisch Kvamme discussed their difficulties becoming professional players in a predominately male-dominated sport.

Watch the visit in the video player above. 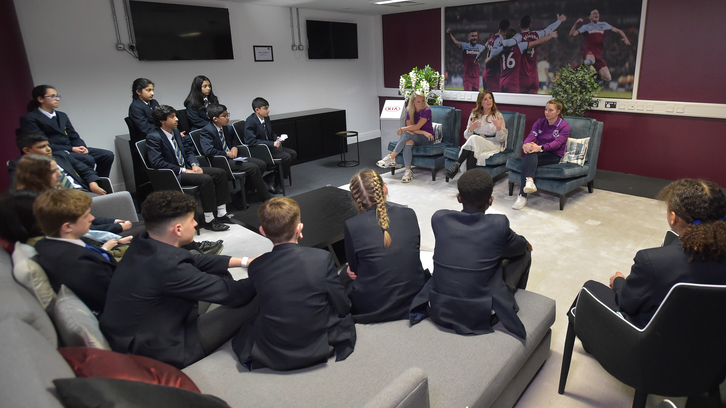