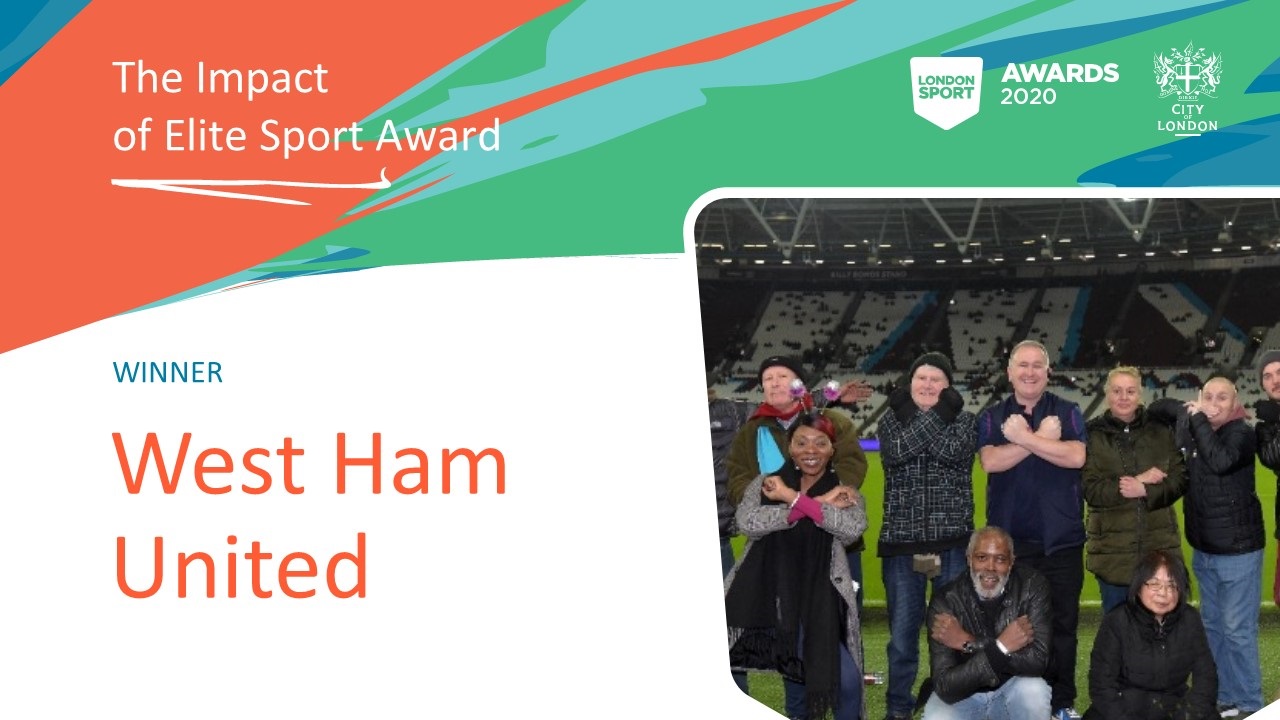 West Ham United are proud and delighted to win The Impact of Elite Sport Award at the 2020 London Sport Awards.

Vice-Chairman Karren Brady, who launched the Players’ Project in November 2018, hailed the commitment the Club’s men’s, women’s and Academy players have shown to changing local people’s lives for the better.

She said: “We are extremely honoured to win this prestigious award, which recognises the time, energy and care that our players, staff and volunteers have devoted.

“The Players’ Project is a fantastic example of what can be achieved when everyone at the Club works together. The players take great pride in leading this project but there is also a huge amount of work which goes on behind the scenes and that’s something that truly encapsulates what the West Ham family is all about.

“This is only the start though and we are committing further investment and resources to ensure the Players’ Project continues to go from strength to strength, with the aim always being to change lives for the better.”

Launched in November 2018, the Players’ Project is most ambitious and integrated community programme ever created by a Premier League Club, with men’s, women’s and Academy players giving more than 300 hours of time, directly working with over 2,000 people from the local community.

Split into eleven strands, the scheme delivers over 30 programmes that span health, education, community initiatives and football development, which engage with up to 50,000 people per year.

To mark the first anniversary of the initiative in November 2019, the Club proudly announced an increase its commitment over the next two seasons and will invest a further £10million, an increase of £5million on its initial pledge, giving a forecasted investment of £28million by the end of 2021.

West Ham United would like to thank the London Sport Awards for this recognition and also congratulate the Chelsea Champions social inclusion scheme and Richmond Rugby Community Programme for their nominations for this prestigious award.

For more information about the Players’ Project, click here.