Jarrod Bowen: Our performance levels and work ethic are there

Jarrod Bowen firmly believes that if West Ham United keep on performing as they have done since his arrival at the club, they will gain the points needed to haul themselves away from danger.

The Hammers suffered a narrow 1-0 defeat at Arsenal on Saturday, but were right to feel aggrieved at the final outcome after creating a series of chances to break the deadlock themselves.

Bowen struck the post himself early on, before drawing a save from Bernd Leno in the second half with a stinging drive, while Michail Antonio twice went close and Sebastien Haller was denied by the Gunners stopper too.

The ball just would not go in for the Hammers and they were duly punished twelve minutes from time when Alex Lacazette pounced to net the winner.

Bowen was naturally frustrated by the result, but also felt there was plenty to be positive about.

"It’s frustrating because we had a lot of clear-cut chances that we should have taken," he admitted.

"We need to be more ruthless in front of goal, but again the performance levels and the work ethic were there. It’s just that final bit which is crucial.

"It was a case of us working hard, being disciplined without the ball, have a good shape and frustrating them.

"When the chances came we had to try and take them, which unfortunately we didn’t." 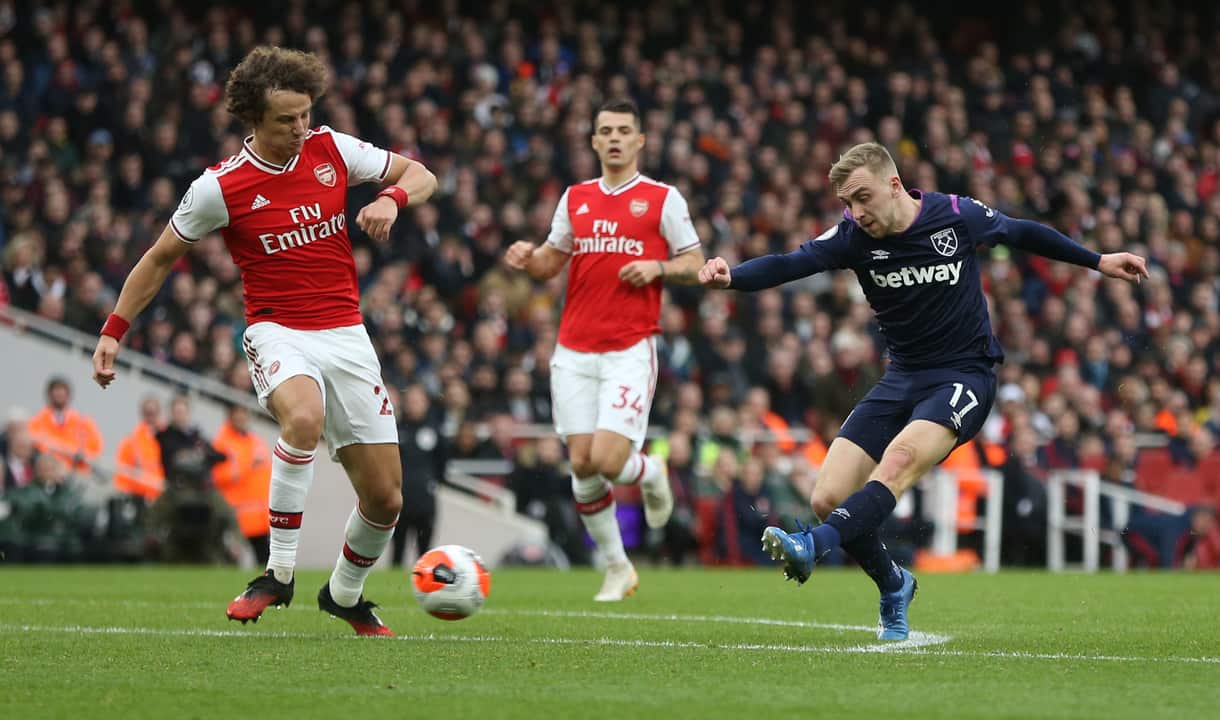 The Hammers will regroup before facing Wolverhampton Wanderers next Sunday, and with Tottenham Hotspur and Chelsea to follow, Bowen says the Hammers will not be fazed by that run of fixtures.

"We’re focused on ourselves and we can’t worry about what’s going on around us," he continued. "We know the quality we have got and we know that we need to keep on performing as we have done in recent weeks - but being more ruthless in front of goal to get the three points we need.

"The performances over the last three or four games have been promising. Like I said, the work rate is there, the quality is there, so we’ll go into those games with confidence.

"We’ll focus on ourselves to pick up the points to drag ourselves away from where we are at the minute."