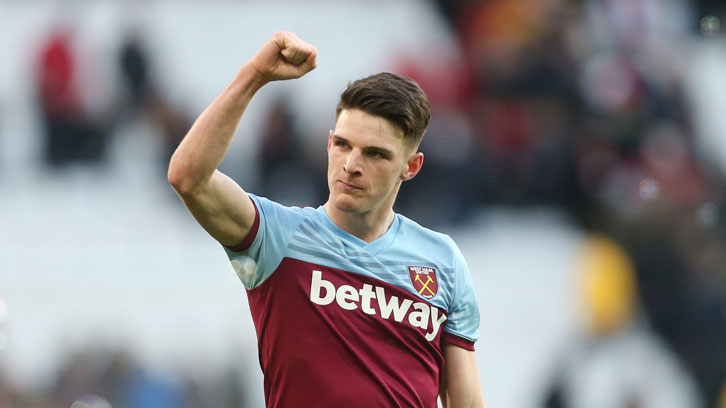 Declan Rice says West Ham United will head to Arsenal fit and confident of making it back-to-back wins in the Premier League for the first time since September.

The Hammers make the short trip to Emirates Stadium eager to build on last weekend’s 3-1 home victory over Southampton – a result that saw David Moyes’ side climb out of the bottom three.

And Rice, who scored the winning goal against the Gunners at London Stadium with his first goal for the Club in January 2019, is determined to help his team continue their upward trajectory on Saturday afternoon.

“Last Saturday was massive and hopefully a turning point,” said the 21-year-old, who made his 100th appearance in Claret and Blue against the Saints. “With ten games to go, hopefully we can turn around the situation we’re in at Arsenal this Saturday, following up on our win against Southampton.

“We’re looking to go out and put on a really positive performance and add to the points we got last weekend.”

With home games against Wolverhampton Wanderers and Chelsea and a trip to Tottenham Hotspur to follow Saturday’s visit to north London, Rice knows points could be hard to come by in the coming weeks, but he has been a West Ham player long enough to know the Hammers can spring surprises when they are least expected.

“It (our upcoming fixture list) does look tough on paper, but knowing West Ham, we turn up in these big games when people don’t expect us to!” he smiled. “We did it at Chelsea away [in November], when we hadn’t won for eight or nine games in a row, then we went there and beat them 1-0, so we’ve got it in us and we’ve got the ability.”

West Ham have scored the opening goal in 15 Premier League matches this season - only three teams have done so more often - but won just seven of them, with mistakes repeatedly allowing the opposition to come back into games and deny them victories.

But, with the likes of Lukasz Fabianski and Michail Antonio back in the team, and Tomas Soucek and Andriy Yarmolenko hoping to return from injury soon, Rice is hopeful the Hammers can rid themselves of that unwanted habit.

“We’ve got our players back from injury and we’ve got a near fully-fit squad so, with these big games we’re going to be going into, crucial ones at home and away, we’re looking positive and we’re looking to pick up points,” he confirmed.

“We’ve still got to play important games where we can pick up points and we know three points are so crucial. We’ve let the three points slip so many times this year and that’s what has really killed our season, to be honest.

*Follow our live blog from Saturday's London derby between Arsenal and West Ham United on whufc.com from 1pm on Saturday 7 March. 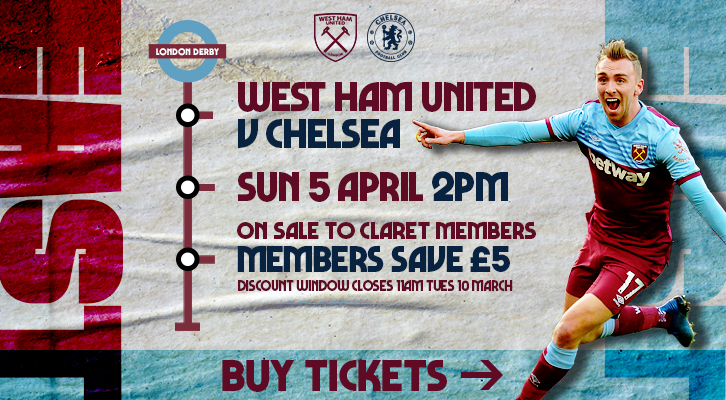 Irvine: Everton is a lovely draw but I want a good result

Everton v West Ham - All you need to know