Goals from Oladapo Afolayan, Amadou Diallo, Ademipo Odubeku and Xande Silva were enough to maintain the Hammers' three-point cushion at the top of Premier League 2 Division 2.

Ben Johnson captained Dmitri Halajko’s side on his return from injury, whilst Fabián Balbuena and Carlos Sánchez were also among the starters at the Chigwell Construction Stadium. 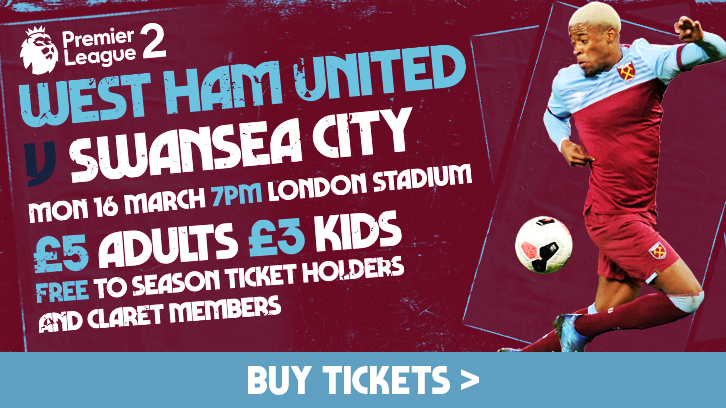