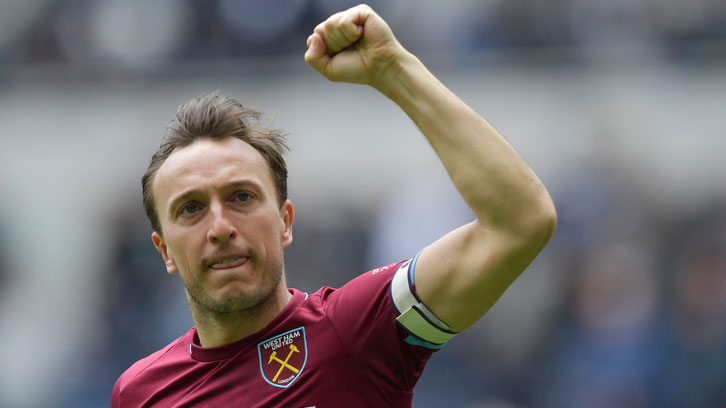 Those same supporters will not be present due to COVID-19 restrictions and Noble those circumstances, couple with positive memories of a victory on their only previous visit, can be used in the Irons’ favour this time around.

And with West Ham in need of a positive result to climb away from the bottom three, the No16 is looking forward to the 22nd meeting with Tottenham of his long and illustrious Claret and Blue career.

“We’ve got to turn it around,” said the captain, speaking to West Ham TV after Saturday’s 2-0 home defeat by Wolverhampton Wanderers. “We go to Spurs away and we’ve obviously got a good feeling there from last time and hopefully we can carry that on.

“As we know, it will be different with no fans, but it will probably benefit us more playing that we’re playing there with none of their crowd.

“We need some points now. You can’t keep looking at other results and see how they go. We’ve got eight games to go and we need to put points on the board ourselves.” 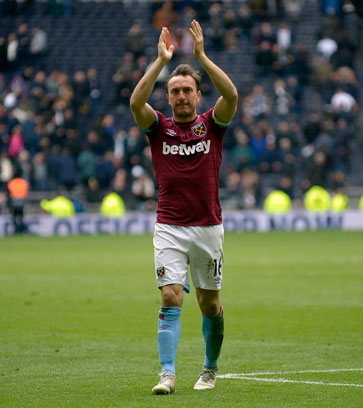 Noble knows West Ham will need to improve their level of performance after losing to Wolves in their first fixture following the Premier League restart.

Despite working hard both during lockdown and since returning to training, David Moyes’ side failed to produce their best against Nuno Espirito Santo’s men, creating a handful of opportunities at one end of the pitch and conceding two goals from crosses at the other, leaving the captain frustrated.

“We had one chance when I put Pablo [Fornals] in over the top and if you go and finish that and you’re 1-0 up it’s a different game, but we didn’t have too many chances, we didn’t really look a great threat and that needs to change because we do need to score goals to win football matches,” he observed.

“I thought there was nothing really in the game until [Adama] Traore came on and made a big difference [by playing his part in both goals]. He looked strong, quick and powerful and for the first goal he obviously got the cross in and [Raul] Jimenez was unmarked for the header. It was bad play on our part.

“We know what Traore is like. You’ve got to defend crosses as he gets to the byline and you know what he’s going to do so you need to pick up players in the box, full stop. On their part it’s great play, but for us it’s a kick in the teeth, really.”

Tuesday’s game at Tottenham Hotspur will be broadcast live in the UK by Sky Sports and across the world, with kick-off at 8.15pm.