Issa Diop: We have no choice. We have to win games

Issa Diop says West Ham United must do the basics right at both ends of the pitch if they are to stay in the Premier League.

West Ham had looked sharp in their two practice matches against Queens Park Rangers and Crystal Palace, and been praised for their fitness levels and attitude in training by manager David Moyes, but, with fans absent due to COVID-19 restrictions, were unable to produce the goods in Saturday’s 2-0 defeat by Wolverhampton Wanderers.

The French defender admitted the Hammers had not reached the desired standard at London Stadium, and need to up their game, individually and collectively, if they are to secure positive results from their final eight games, starting at Tottenham Hotspur on Tuesday evening.

“They took their chances, but we played bad, they were a bit better than us and that’s the difference between us and them,” the No23 told West Ham TV. “Those were just friendly games and now it’s the Premier League, which is not the same intensity and not the same game, so we have to keep working and win some points soon.

“We have to find a level and win games quickly. We need to score goals and keep clean sheets and give more. I think it’s easy to say but it’s hard to do it, but we have to do it and we’re going to give everything to do it.

“Of course, we all wanted to win but we didn’t, so I hope we’re going to do it in the next game. We have no choice. We have to win games to stay in the Premier League and that’s it.” 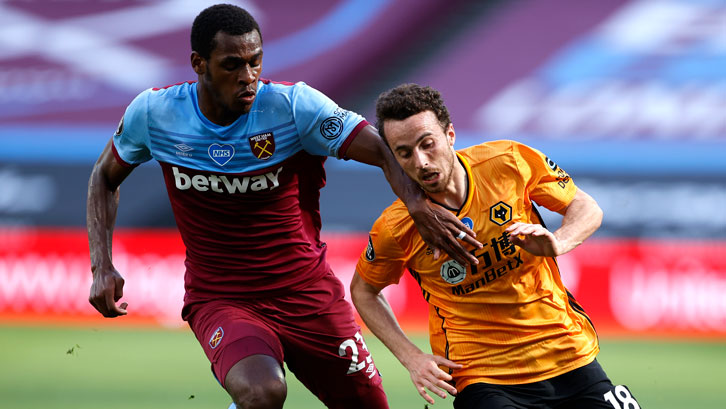 After Spurs away, West Ham host another London rival, Chelsea, at London Stadium, on Wednesday 1 July, and the 23-year-old knows how important those games are to the Claret and Blue Army, even if the supporters cannot be there to cheer their team on in person.

Diop confirmed: “Of course, they are very important games because they are derbies and even more in our situation because we need some points, so we’re going to give everything to win these games.”

Tuesday's fixture at Tottenham Hotspur will be screened live in the UK by Sky Sports and across the world by the Premier League's broadcast partners, with kick-off at 8.15pm.