We continue the #50GreatestMatches countdown by recalling a big win and a remarkable hat-trick... 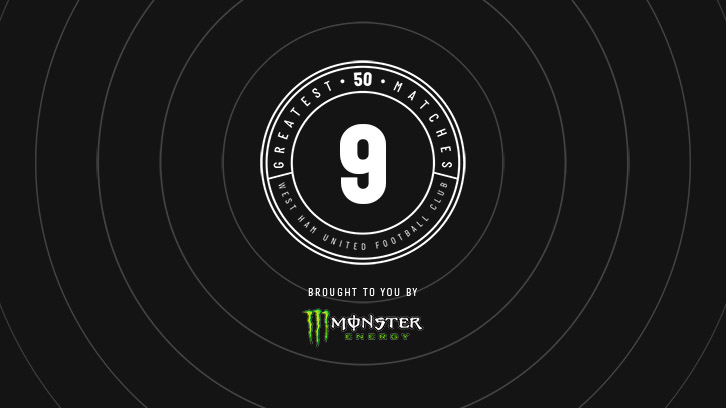 West Ham recovered from losing three of their opening four games to enjoy a sensational campaign that ended in a bona fide title challenge that only ended in the final week of the season.

The Boys of ’86, as they were christened, hit top form against the Magpies, who lost goalkeeper Martin Thomas and his replacement, midfielder Chris Hedworth, to injury, and ended the game with England forward Peter Beardsley in goal!

talkSPORT's Ian 'Moose' Abrahams spoke to some of the protagonists from that day...

I spoke to Alvin about that spot-kick, which saw him go into the record books as the only player to score a top flight hat-trick against three different goalkeepers.

“All the crowd were shouting my name when we given the penalty, and Ray Stewart had picked the ball up,” said the centre-back. “I had to wrestle the ball from Ray. We’d been enjoying our football, knowing the game was won, and as bad as it was for Newcastle, it was a great night for us.

“Ray was our regular penalty-taker and to be fair I got a rollicking from John Lyall when we got back into the dressing room. I’d never taken a penalty before. In fact, it was the only one I ever took in my career. John was annoyed because he looked upon it as being unprofessional. We were still in with a shout for the title and his point was it could’ve gone down to goal difference. I could see where he was coming from but I scored it, thank God!”

I had to wrestle the ball from Ray. We’d been enjoying our football, knowing the game was won, and as bad as it was for Newcastle, it was a great night for us

Tony Gale was Alvin’s defensive partner that night: “My great memory was that it was in the evening, and evening games at West Ham were second to none. Everyone who played at Upton Park in an evening game will tell you how special they were.

“In the ten years I was there I can’t remember losing too many evening games at Upton Park. Perhaps we should’ve played all our games in the evening!” Tony told me with one of his trademark mischievous laughs.

“Alvin got a hat-trick and the last one was a penalty. He took it off probably one of the best penalty takers West Ham have ever had, which was a bit of a liberty but I always call that not really a goal, because it was against Peter Beardsley! It was fabulous for Alvin.”

And the last word to Alvin and the record he set more than 30 years ago. “It was a unique experience, and I didn’t even know I’d scored against three different ‘keepers until a local reporter told me afterwards. I’ll be very surprised if it’s ever equalled.”