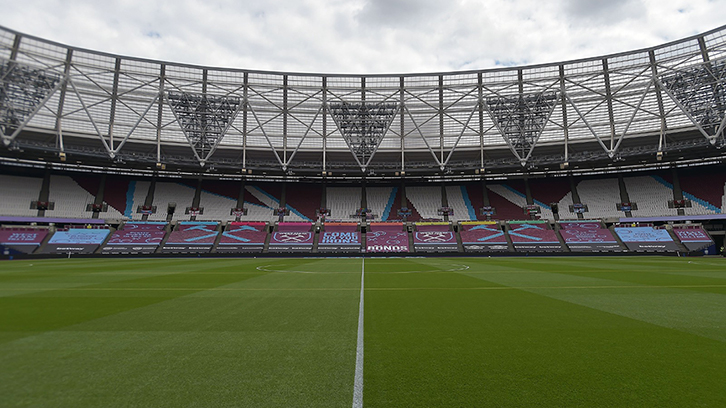 Although you cannot be there today, West Ham United know you are with us.

As Premier League football returned to London Stadium with the visit of Wolverhampton Wanderers, it did so without the normal sight of 60,000 raucous, passionate supporters within its walls – those fans instead supporting safely from home.

Yet, at a time when the support of the Claret and Blue Army could never be more vital, their presence continues to be keenly felt by every West Ham player – because supporters are at the heart of everything we do.

It is the images of those very same supporters who adorn London Stadium on its first Premier League matchday since the exhilarating 3-1 win over Southampton in February, with a brand new large fan mosaic reflecting the superb support which would have otherwise been raising the roof for the visit of Wolves.

Thousands of supporters – the lifeblood of the Club – emailed in pictures throughout the week to comprise this mosaic, and will duly be on display for the remainder of the Club’s home games, along with Claret and Blue iconography and flags. 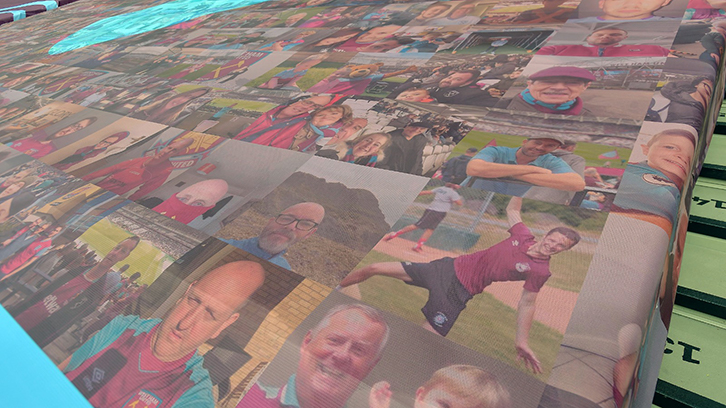 The Club were also inundated by fans’ messages of solidarity and support, which were played on the big screens at London Stadium and received by the players in the build-up to the match – inspiring them still further for their first game back.

Lifting the team through those screens throughout the match are a broad range of supporters, in line with our approach to equality, diversity and inclusion, including Any Old Irons, Pride of Irons, BAME Hammers and our Junior Supporters’ Board, as well as Hammers from around the world. 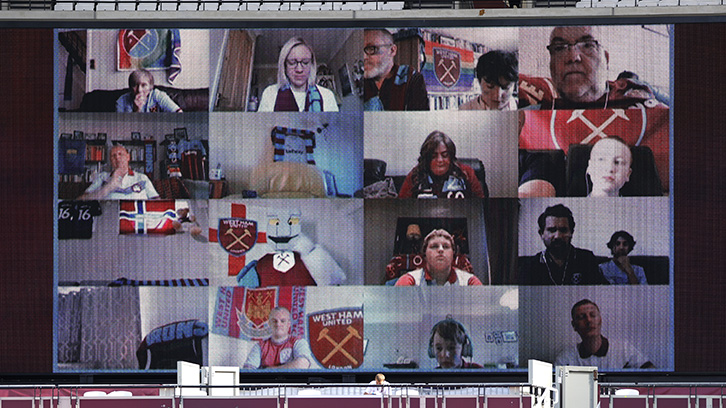 No West Ham United home match is complete without the iconic sights and sounds of Bubbles around the stadium, and it was to this backdrop which the Irons emerged from the tunnel to face Wolves, with bubble machine blowing and music bolstered by fans’ authentic voices recorded from our matchdays thus far.

Fans were also at the heart of the build-up to the game, with #HammersHeroes – NHS and key workers whose valiant work during the coronavirus pandemic have kept the country moving – prominently featured in the digital and physical matchday programmes and social media announcements, including helping count down to kick-off inside the stadium, broadcast to millions by Sky Sports as part of their live match coverage. 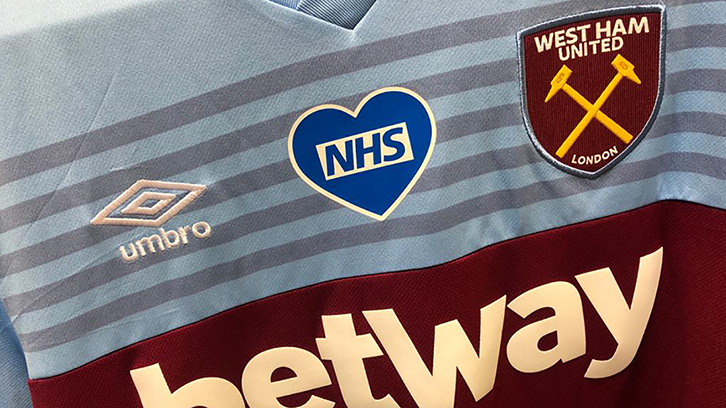 An NHS badge was prominent on player and match official shirts – as it will be for the remainder of the season – while the wording ‘We Are One Team’ could be seen on the match balls and in-stadium Premier League branding.

Brought to you by 𝘆𝗼𝘂, the fans, and a few familiar faces! 😊⚒ pic.twitter.com/FLm7uIJmuz

Also shown inside London Stadium prior to kick-off was a moving tribute to Dame Vera Lynn, the East End legend who sadly passed away aged 103 on Thursday. Born in East Ham, Dame Vera’s songs lifted the nation’s morale during World War Two, and she will forever be dearly beloved within the West Ham United family.

Fans eager to get their fix of pre-match build-up enjoyed plenty of reading material through a free digital edition of ‘Hammer’ – the official West Ham United programme – as well as the debut of our feature-length pre-match show – Inside Irons – which included appearances from the likes of Carlton Cole, Tom Davis, Matt Jarvis and captain Mark Noble.

In the seconds before kick-offs, moments were taken to reflect on so much which has changed since a ball was last kicked in east London.

All inside London Stadium observed a minute’s silence in respect of all of those whose lives have been affected by the COVID-19 outbreak.

Then, before the whistle, the players – all wearing Black Lives Matter on the backs of their shirts – took to their knees to show support for the global social movement, a powerful and enduring statement. 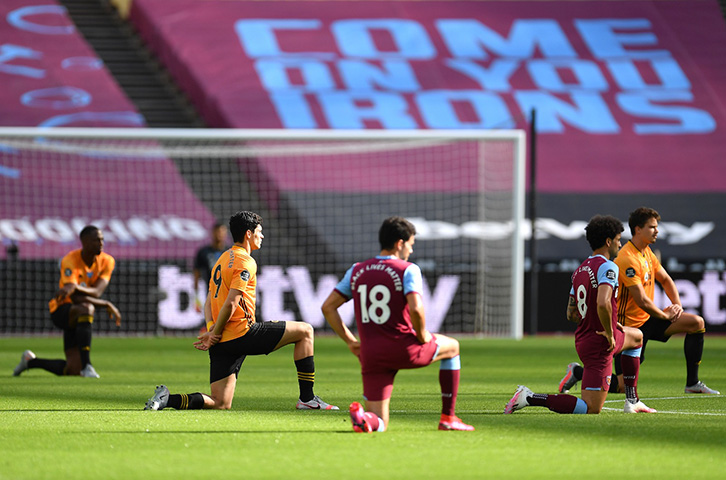 West Ham United know that the supporters are behind the team as they take to the pitch again, and we thank you for your unrivalled, passionate and loyal support.