Jack Wilshere has called on his fellow West Ham United supporters to make themselves heard as the Hammers prepare for the Premier League restart.

The Irons resume their 2019/20 campaign with the visit of Wolverhampton Wanderers to London Stadium on Saturday evening, but COVID-19 restrictions mean no fans will be present at the game.

However, as an avid user of Instagram to share his life and career with supporters, Wilshere knows the power social media possesses to inspire and give positive vibes to him and his teammates.

With points needed, and fast, to stave off the threat of dropping into the bottom three, the No19 has urged the Claret and Blue Army to look at the next five weeks as a nine-game mini-season and get right behind their team.

“I think fans are a bit like us,” he told West Ham TV. “It’s almost like you’ve forgotten about what happened in the rest of the season because you’ve missed it that much and you just want it back.

“Fans want to get behind their team and we’re going to need the loud ones on social media more than ever.

“We’re in a relegation battle and I’ve never had that experience of going through it, but we have players that have, and they have mentioned it will be strange playing with no fans in the stadium.

“But in this day and age there are other ways of feeling that love and they can make themselves heard on social media and I think we’re definitely going to need that.” 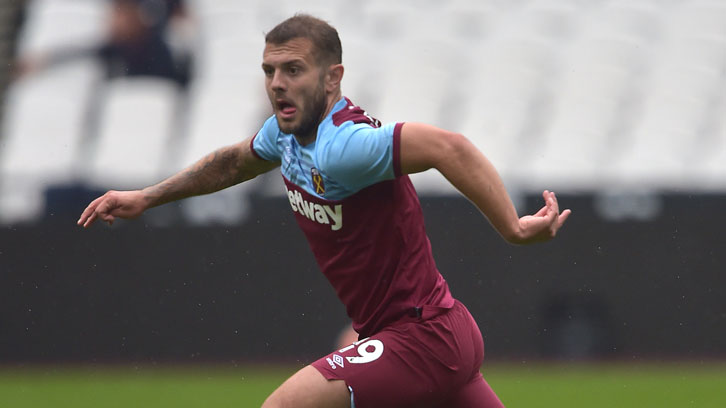 While the support of the Claret and Blue Army will undoubtedly help, it will be up to the players themselves to get the job done when they step onto the pitch in their final nine matches of this uniquely fractured season.

And for Wilshere in particular, he wants to use these games not only as a means to keep West Ham in the Premier League, but as a platform to kickstart his own Hammers career.

“I think we have to remain focused on that main point of staying up and then, because if we play well individually, we’re going to play well as a team and we’re going to pick up points,” said the 28-year-old, who is back in full training after recovering from a groin injury and desperate to earn a place in David Moyes’ starting eleven.

“We need to start quickly from the first game because there are only nine games left. You can’t say ‘We need two or three games to get going’ because there is no time for that.

“We have to be ready as a team to get as many points as early as possible, and then it’s down to the individual to impress the manager or do what he has to do to get what he needs.”