We continue the #50GreatestMatches countdown by looking back at a glory night in Europe... 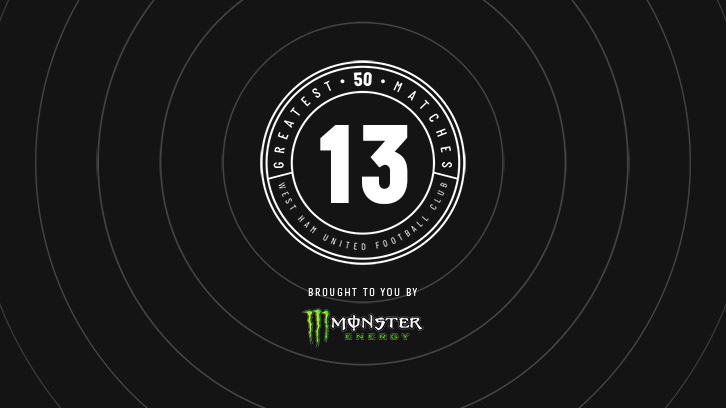 Having finished a record-high fifth in the Premier League at the end of the 1998/99 season, Harry Redknapp’s side could have expected to qualify automatically for the UEFA Cup.

However, with only one automatic qualification spot available through league placing, Leeds United were joined in the UEFA Cup by FA Cup runners-up Newcastle United and League Cup winners Tottenham Hotspur.

That left the Hammers to enter the UEFA Intertoto Cup, a summer competition for clubs, with three ‘winners’ progressing to the UEFA Cup first round.

West Ham kicked-off their challenge on 17 July by beating Finnish outfit Jokerit 1-0 at the Boleyn Ground in front of just 11,098 supporters. 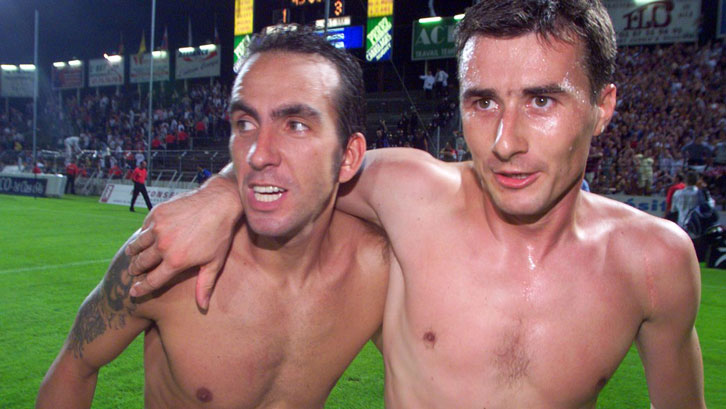 A 1-1 draw in Finland saw the Hammers through to a semi-final with Heerenven, where 1-0 victories in both legs set up a final meeting with French club Metz, who had finished tenth in Ligue 1 the previous season.

A 1-0 home defeat left Redknapp’s side’s hopes of reaching the UEFA Cup hanging by a threat, but goals a thumping strike from Trevor Sinclair, a trademark finish from Frank Lampard and Paulo Wanchope’s goal eleven minutes from time completed a memorable turnaround in front of a 19,599-strong crowd at the Stade Saint-Symphorien. 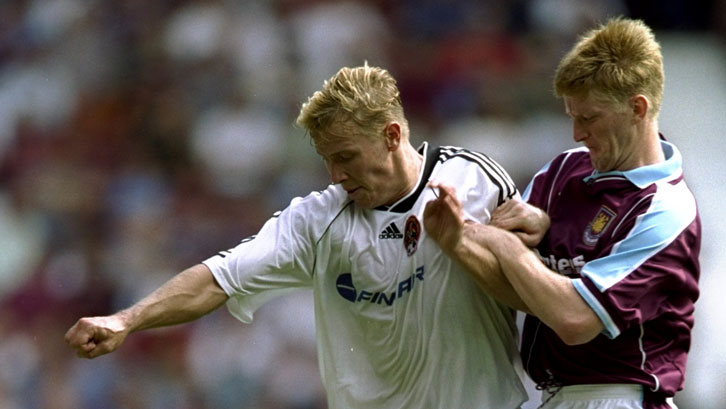 We finished fifth in the Premier League in 1998/99, but we didn’t qualify for Europe automatically, so we had to go the long way around through the Intertoto Cup.

Obviously the lads were a bit gutted because it meant cutting the break short, but once we got into it we went to some great places and beat Metz in France to qualify for the UEFA Cup.

If you ask the fans who went, I think they’d say going there and winning was one of their most enjoyable occasions. We had a run in the UEFA Cup after that, which they also enjoyed.

It might not have gone down too well at the start, but by the end of it the lads were also loving it.

We also started the Premier League season really well, picking up 13 points out of a possible 15, so it certainly helped us with our fitness at the start of the season, too. 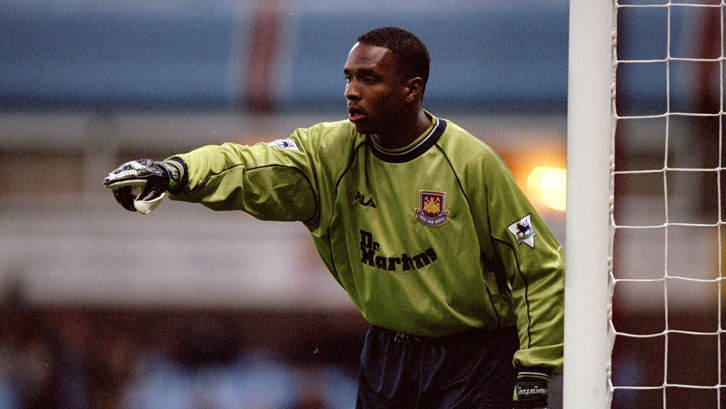 Goalkeeper Shaka Hislop started five of West Ham’s six ties, including both legs in the final…

It was a successful first season and we qualified for the Intertoto Cup. I remember it started very early in the pre-season and we weren’t quite sure what to expect from it.

Before the first game against Jokerit we had been training for maybe four or five days. It really was a pre-season game, but we kept winning, the opposition wasn’t that really tough early on, and we progressed to the final where we played Metz.

We got the better of them over the two legs and qualified for the UEFA Cup.

It was less about the game against Metz, than recognising that I was part of a West Ham team that brought European football back to Upton Park – that was certainly a highlight.

On Thursday we reach #12 - a major step on the way to our first FA Cup triumph...