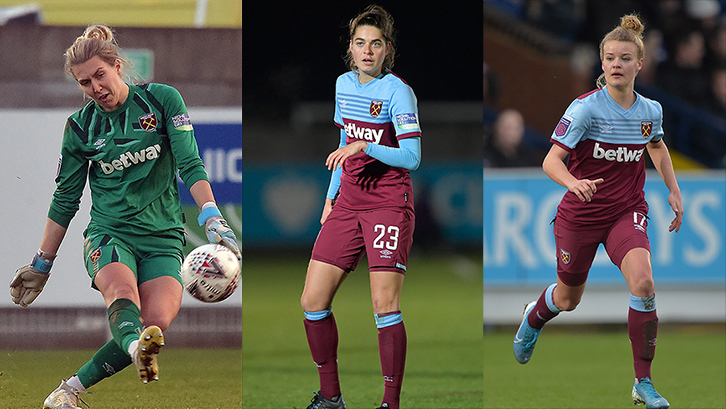 Moorhouse, Middag and De Graaf all joined West Ham in the summer of 2018 from Arsenal, Manchester City and PEC Zwolle respectively.

Moorhouse made 24 appearances in all competitions across two seasons for the Irons and featured in goal for the Hammers in the SSE Women’s FA Cup Final against Manchester City last May.

Midfielder Middag missed the 2018/19 campaign due to injury but featured in 19 matches this past season, including 13 in the Barclays FA WSL.

Versatile winger De Graaf also missed a year of action due to an ACL injury, featuring in 17 matches in all competitions across two seasons and scoring three goals.

Centre-back Sampson made 19 showings in all competitions for the Hammers and spent the 2019/20 campaign on loan with London City Lionesses.

Forward Littlejohn linked up with West Ham midway through the 2019/20 season, featuring in four matches across all competitions. Full-back Smith departs after joining the Irons on non-contract terms in January.

West Ham United would like to thank all six players for their hard work and commitment during their time in Claret and Blue and wish them every success with their future careers.