The 2019/20 season was an unforgettable one for Hammer of the Year Declan Rice.

Rice was one of just seven outfield players to complete all 3,420 minutes of Premier League football, showing his fitness, resilience and determination.

Amazingly, the youngster has started 71 of West Ham’s last 72 Premier League matches, missing just 101 of a possible 6,480 minutes of action.

The No41 put those minutes to good effect, too, ranking in the Premier League’s top five in both tackles and interceptions made.

Rice ranked fourth behind just Manchester United’s Aaron Wan-Bissaka and Leicester City pair Wilfred Ndidi and Ricardo Pereira in the tackles rankings, and joint-third behind only AFC Bournemouth’s Diego Rico and Pereira in the interceptions category. 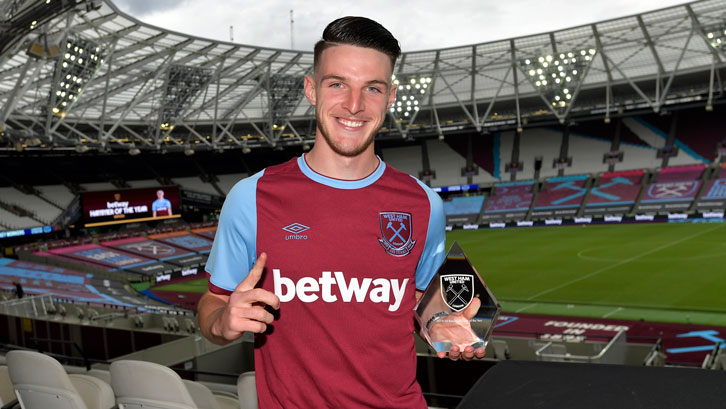 Club-wise, Rice’s totals of 116 tackles and 77 interceptions ranked him first in each category, well ahead of Ryan Fredericks (82 tackles) and Issa Diop (47 interceptions) in second place respectively.

They were also career-highs, beating the 98 tackles and 52 interceptions he tallied in 2018/19.

Playing 37 of his 38 Premier League matches as a deep-lying central midfielder, the Academy of Football graduate also attempted more passes than any other West Ham player.

With 1,490 of those passes reaching their intended target, the youngster’s completion percentage of 86% ranked him second behind Manuel Lanzini’s 86.9%. However, the Argentinian attempted only 756 passes to Rice’s 1,733.

What makes Rice’s accuracy even more impressive was the fact he played 215 ‘long’ passes of 20 metres or more, with 128 of them reaching their target. In comparison, Lanzini played just 35 long passes, completing 25 of them. 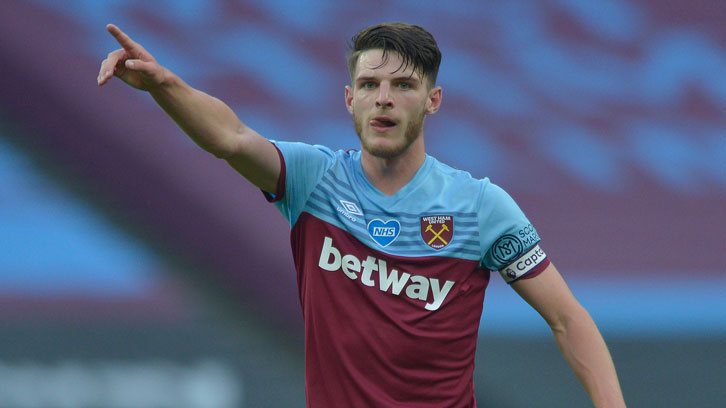 Following encouragement from his manager and teammates, Rice also decided to shoot more often this season.

Of those 31, 22 were shots from outside the penalty area – nearly twice as many as the 12 attempted by Antonio and Fornals, and up from the eight he attempted last term.

Next season, if there is one thing he will want to improve on, it will be turning those attempts into goals, having netted just once in 2019/20 – albeit that one goal was a vital and unstoppable long-range strike in the safety-clinching home win over Watford.

Off the pitch, Rice is hugely popular in the dressing room, around the Club and in the stands. An engaging, enthusiastic and genuine young man, the 21-year-old always has a smile on his face and regularly engages with supporters in person and on social media.

It was not just in West Ham colours that Rice produced the goods, either.

After appearing at last summer’s UEFA Nations League finals, the Hammer started four of England’s six UEFA European Championship qualifiers, helping Gareth Southgate’s side to top Group A and qualify automatically for the delayed finals, which will be held in the summer of 2021.

Should he continue to shine in Claret and Blue, Rice will surely star at that tournament too. 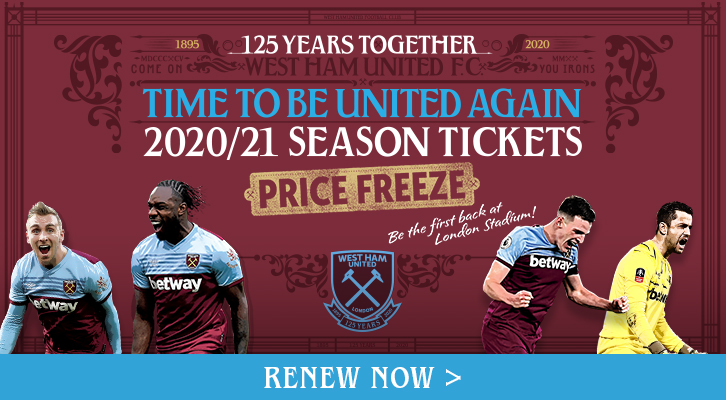