Mark Noble: We’re going to Manchester United looking to get some points 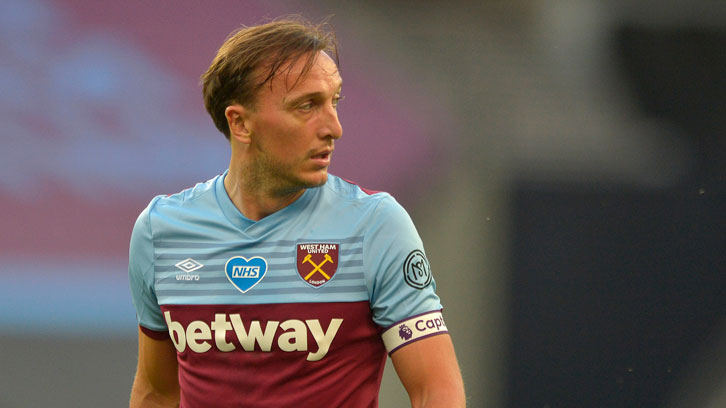 The Hammers captain, who celebrated his 500th appearance by leading his team to a 3-1 win over Watford, first appeared at Old Trafford 13 years ago, in May 2007.

Back then, in the week he celebrated his 20th birthday, Noble enjoyed one of the best moments of his Claret and Blue career as West Ham completed the greatest of escapes with an unforgettable 1-0 win courtesy of Carlos Tevez’s goal and a performance full of resilience and character that have become the hallmarks of Noble’s game. 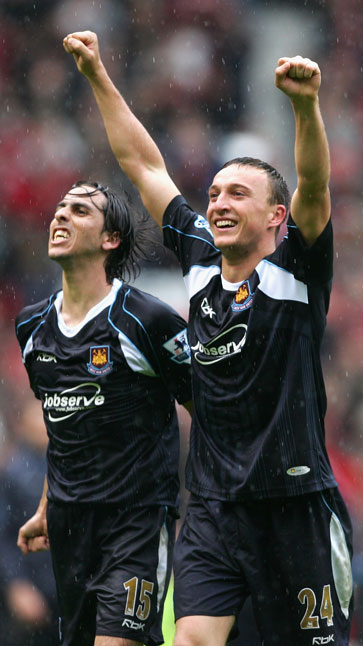 West Ham successfully dealt with the likes of Cristiano Ronaldo, Ryan Giggs, Paul Scholes, Michael Carrick and Wayne Rooney in 2007. This time around, they will need to handle another vibrant team managed by another member of Sir Alex Ferguson’s title winners, Ole Gunnar Solskjær.

“I can remember standing there on the pitch, cheering with the crowd at the end of the game!” Noble reminisced in this emotional West Ham TV feature on his 500 games for the Club.

“How many years ago is that? Thirteen! It’s amazing how quick it goes. And that’s the real beauty of the memories you get and what a memory that was!

“I remember looking up at the clock and there were only 15 minutes to go. Ginge (James Collins) kept on talking to me, saying ‘We’re nearly there!’ but it was the longest half in history!”

Now 33, Noble has not tasted victory in his eight visits to the Theatre of Dreams since that rain-soaked Sunday afternoon, so a victory over the Red Devils on Wednesday would not just end that unwanted streak, but also ensure the Irons are in the Premier League next season.

But West Ham are in confident mood, having won three of their last five Premier League games, scoring 12 goals in the process.

And, unsurprisingly, the skipper is relishing the challenge of facing a free-scoring Manchester United side that are themselves unbeaten in their last eleven top-flight matches.

“I think it’s massive for them to play Champions League football,” he observed, speaking to Sky Sports in the build-up to the Hammers’ penultimate fixture of the COVID-affected 2019/20 season.

“They have come back from lockdown with Mason Greenwood and Paul Pogba coming back and with Bruno Fernandes they look like a real top team now.

“But it’s the Premier League with no fans, so you never know what’s going to happen, and with the position we’re in we can go there and try to enjoy the game at Old Trafford.

“We’re going to go there looking to get some points and I think that’s how we need to look at every game.”

Wednesday’s match will be screened live in the UK by Sky Sports, with coverage kicking-off at 6pm, and across the world by the Premier League’s international broadcast partners.