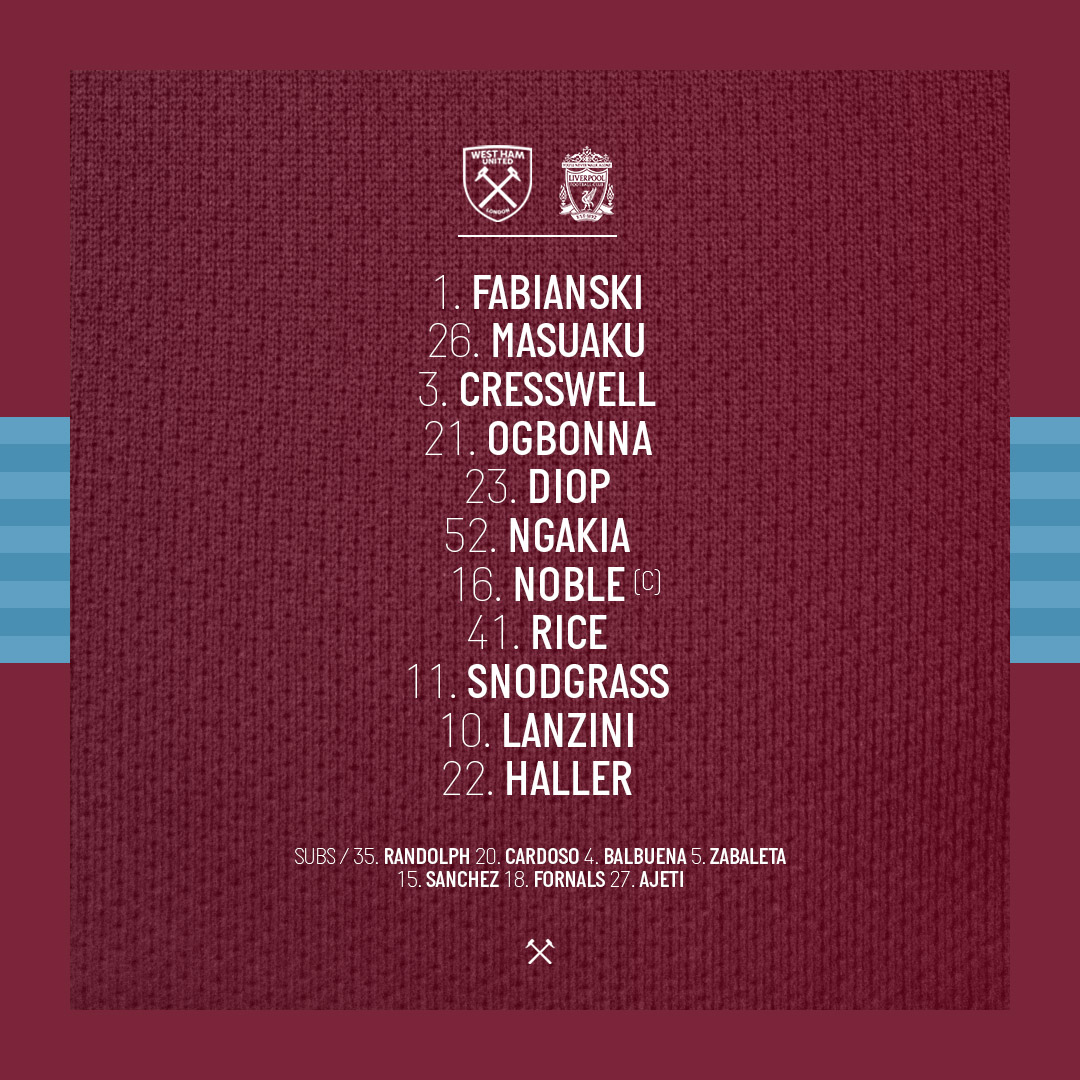 The Irons welcome league leaders Liverpool for tonight’s rearranged fixture, with manager David Moyes making six changes to the side that were beaten by West Bromwich Albion at the weekend.

Poland international Fabianski makes his first appearance for the side since coming off with an injury in the away league match with Sheffield United on 10 January, having kept a clean sheet in his last home showing for the Irons.

Nineteen-year-old Ngakia, who has been named in a matchday squad three times under manager Moyes, comes into the starting XI for the first time to make his professional debut and full debut for the Hammers.

Joining the young defender in the team is Angelo Ogbonna, Issa Diop, Aaron Cresswell and Arthur Masuaku, the latter of whom returns from a knee problem to be involved in tonight’s fixture.

Robert Snodgrass has also overcome injury to feature this evening, after missing the West Brom match, and plays alongside captain Mark Noble and Declan Rice in midfield.

With Fabianski’s return, Darren Randolph drops to the bench, and is joined by Pablo Zabaleta, Fabian Balbuena, Carlos Sanchez, Pablo Fornals and Albian Ajeti in taking a place among the substitutes.

They are joined by defender Gonçalo Cardoso, completing the Irons’ matchday squad.