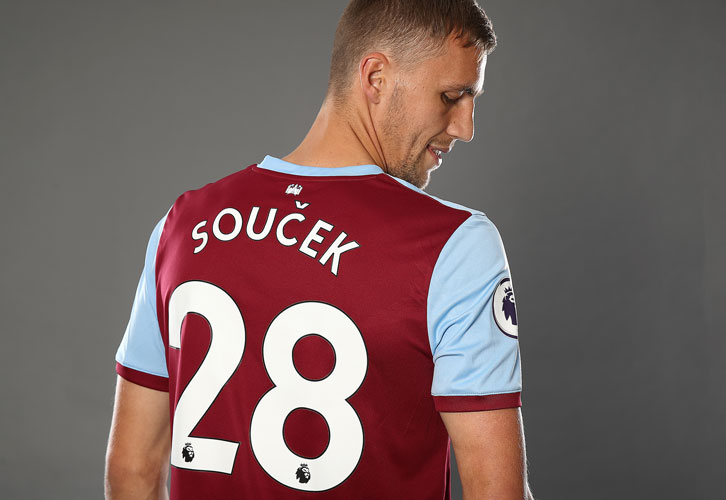 In Tomáš Souček, West Ham United have signed a proven winner who has performed consistently at the highest level for club and country.

The 24-year-old Czech Republic midfielder, who joined the Hammers from Slavia Prague on Tuesday, is the reigning Czech First League Player of the Season, having inspired Slavia to a domestic double in 2018/19.

The Havlíčkův Brod-born player is also an automatic pick for his national team, having started 12 of his country’s last 13 matches, including the impressive 2-1 UEFA Euro 2020 qualifying win over England in Prague in October 2019.

In all, he has 25 caps and is looking forward to representing his country at his first major tournament this summer, when the Czechs will take on England again at Wembley in June.

That would be just the latest chapter in an impressive career that has also brought Souček two Czech First League and two Czech Cup winner’s medals.

Since making his breakthrough into the Slavia first team at the age of 20, Souček has appeared in 185 matches, starting 179 of them, and totalled more than 16,000 minutes of action. 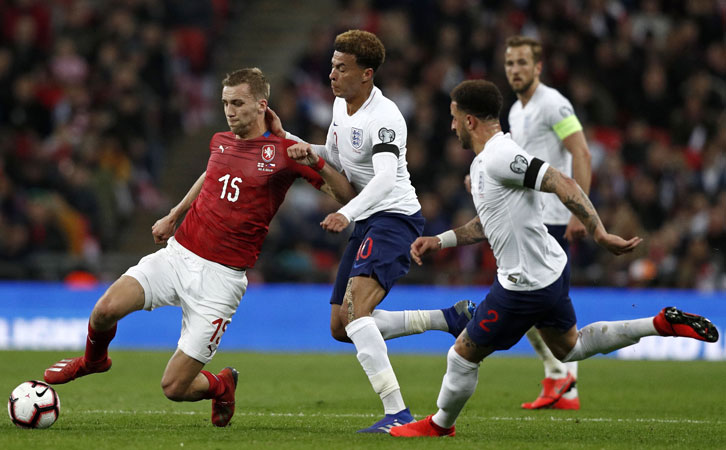 In those 185 games, Souček has scored 40 goals and registered 16 assists, suggesting he is a far more complete player than the ‘defensive midfielder’ description he is given on a number of leading football websites suggests.

This season, he has come into his own at the attacking end of the pitch, scoring 12 goals in 26 appearances in all competitions prior to the Czech First League’s winter break.

Eight goals came in just 17 top-flight appearances as Slavia opened up a 16-point lead two-thirds of the way through the regular season.

Souček has also clearly had a huge influence on his team defensively too, as Slavia have conceded just four goals in the 17 matches he has started!

Souček is also a leader. Despite his relatively tender years – he does not turn 25 until 27 February – he was appointed Slavia’s captain at the start of the current season, leading his team to victory in all but one of the 13 First League matches in which he wore the armband. 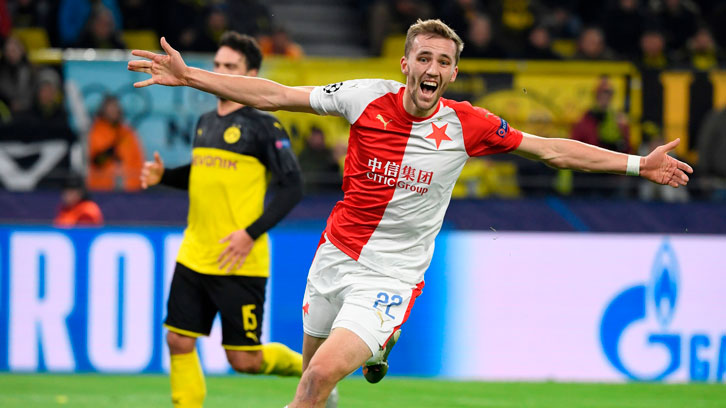 He also captained Slavia in their opening five group-stage matches in this season’s UEFA Champions League, where the Czech champions were drawn in Group F alongside Inter Milan, Borussia Dortmund and Barcelona.

Souček started and finished all six matches, helping Slavia gain creditable draws away at both Inter and Barcelona, and scoring in defeats at home to Inter and away to Dortmund.

It was not the first time he had impressed in Europe, either. Souček is a veteran of more than 30 Champions League and Europa League appearances and helped his team reach the quarter-finals of the latter competition last season.

There, he was outstanding in Slavia’s thrilling 4-3 second leg defeat at Chelsea, scoring one goal and assisting two more in what was a true captain’s performance.

All in all, West Ham United have signed a player whose quality is beyond doubt, and one who will undoubtedly bring leadership, attacking intent and defensive resilience to the Hammers’ battle to remain in the Premier League.