Gonçalo Cardoso: West Ham U23s are better than we showed 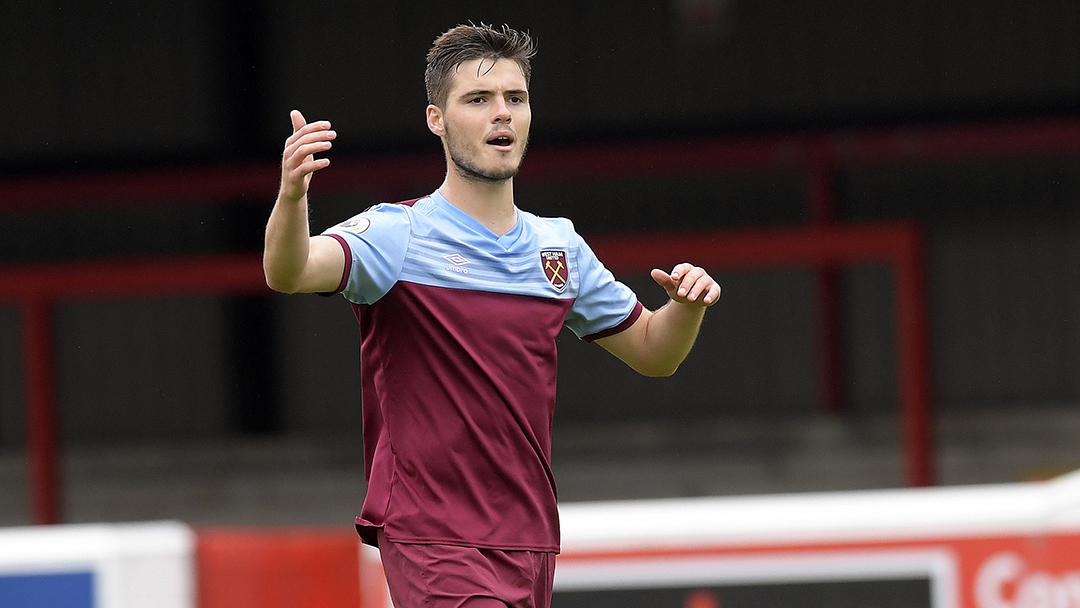 Defender Gonçalo Cardoso has called on his West Ham United U23s team-mates to bounce back from their disappointment on Monday afternoon and prove they are a side befitting their top-of-the-table status.

The Portuguese centre-back, a summer signing from Boavista, scored his first goal in a Claret and Blue shirt away at Reading U23s, but a topsy-turvy game saw the home side snatch a 3-3 draw late on.

Midway through the second half, the 19-year-old first rose unmarked to head home an Amadou Diallo corner from the left and give the Hammers the lead for the first time in the match.

While pleased, Cardoso was understandably measured in his reaction to getting his name on the scoresheet, instead appreciating that match presented lessons to be learned at this level.

“It was a draw, but it feels like a loss to us right now,” he admitted in the immediate aftermath. “We all know that we are better than we showed and we made mistakes that are easy to make. It will be good to learn from them.

“It was really good to score for the first time for this Club, but it would have felt better if it came with a win.”

The Hammers took time to get going in Berkshire on Monday afternoon, and fell behind after a quarter-of-an-hour played when Thierry Nevers sidefooted home from inside the area.

We know that the best response we can give is not complaining about today, but seeing what we did wrong and improving

After Sean Adarkwa’s equaliser brought them into the break level, the junior Hammers picked up and played with greater purpose in the second period, but Cardoso has called on his team-mates to ensure they start every game with the same urgency and precision.

“The last game we played was against Manchester United and everyone, from the first minute, played the game with a good mentality which we struggled to bring into today,” he observed.

“I don’t know why, but we need to understand that football is about consistency, and if you want to play at the top level, we can’t afford to play like that [win against Man Utd] one game and then draw the next.”

Despite the late concession, the Hammers retain a two-point advantage at the top of Premier League 2 Division 2.

With their next fixture almost three weeks away – a trip to Sunderland in the first weekend of February – Cardoso believes that his he and his team-mates will reflect upon, and respond to, Monday’s setback in the best way possible.

“We’ve already spoken in the dressing room about it,” the 19-year-old said. “We know that the best response we can give is not complaining about today, but seeing what we did wrong and improving in the next game.”