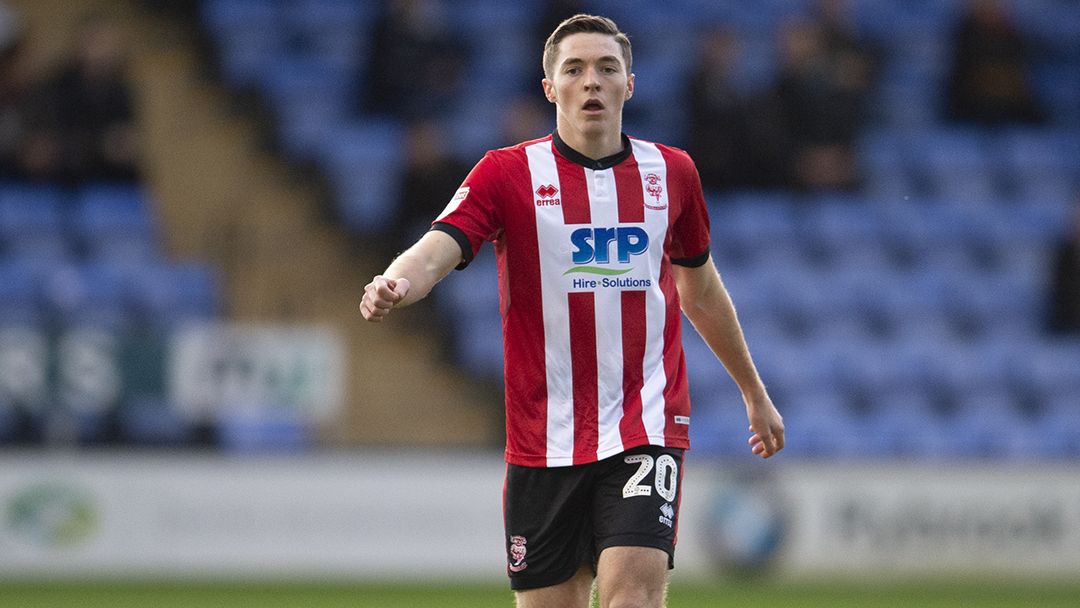 Sporting the No20 shirt, the Republic of Ireland U21 international started alongside Wales international Joe Morell at the heart of the Imps’ midfield.

The duo put in a gritty performance to claim a hard-fought draw for their side, Tyler Walker’s second-half finish cancelling out the Shrews’ first-half opener through Oliver Norburn – both strikes coming from the penalty spot.

Lincoln boss Michael Appleton singled his new arrival out for praise afterwards, telling the Imps’ website: “Everyone has played their part. They all stuck to their strengths and we got to see Conor (Coventry) and his passing ability today.”

Meanwhile, Holland, who joined Karl Robinson’s Oxford United side, was a half-time substitute at Kassam Stadium as The U’s fell to a 3-1 home defeat to fellow promotion-chasing Rotherham.

The tricky winger entered the field of play at the interval alongside former Hammer Marcus Browne, after Kyle Vassell’s first-half brace and a Richard Wood strike had already given Rotherham a commanding 3-0 advantage.

Wearing No27, Holland caught the eye with his trademark piercing runs, and moments after Browne had pulled a goal back with 20 minutes to go, the 21-year-old West Ham man came close to scoring his first professional goal with a low shot, only to be denied by Rotherham keeper Daniel Iversen.

The defeat drops Oxford to fifth in League One, now five points behind the visitors, who sit top of the table, but for their fans it was hopefully an exciting glimpse of things to come from Holland.

Tough one to take today but great feeling making my debut. Dust ourselves off and put it right Tuesday. pic.twitter.com/k5KYL5bXGv

Also in League One, 18-year-old centre-back Ajibola Alese, whose loan deal at Accrington Stanley has been extended until the end of the season, played the final third of his side’s 4-1 defeat to promotion-chasing Ipswich.

With his team 3-0 down at the point of introduction, Alese managed to help stem the tide for Stanley in what was the England U19 international’s tenth professional appearance.

A fourth promising Hammer plying his trade in England’s third-tier was Nathan Trott, the England U21 goalkeeper unable to prevent Portsmouth edging out AFC Wimbledon 2-1 on the south coast.

Glyn Hodges’ Dons struggled to garner much of an attacking foothold in the match, and went behind after 20 minutes through Marcus Harness’ angled drive, Trott no chance.

The young goalkeeper prevented further damage being done moments later by denying Ellis Harrison’s header, but after Joe Pigott drew Wimbledon level midway through the second half from close range, Portsmouth sealed the win with just over ten minutes to go with a close-range finish from John Marquis.

The Addicks, who were themselves without injured on-loan midfielder Josh Cullen, pegged the Baggies back in the first period, Josh Davison heading home moments after Kenneth Zohore’s fine individual effort.

Hal Robson-Kanu restored West Brom’s lead with less than a minute of the second half played, before Diangana returned to action as a substitute for Zohore.

The home team continued to press for an equaliser however, and got it when Tom Lockyer’s header bounced off the post and goalkeeper Sam Johnstone’s back with 15 minutes remaining.

Despite the draw, Slaven Bilic’s West Brom went top of the Championship once more with a single-point lead over Leeds United, who lost at home to Sheffield Wednesday.

The Baggies’ final game, prior to visiting London Stadium to take on West Ham United in the FA Cup fourth round on Saturday 25 January, is at home to Stoke next Monday night.

Finally, Jordan Hugill came off the bench for Queen’s Park Rangers in the final west London derby at Griffin Park against Brentford.

The Bees swarmed over their opponents in the first period and were 3-0 up by half-time.

While Nakhi Wells had pulled a goal back by the time Hugill entered the field with 20 minutes to go, a memorable comeback was beyond the R’s on the day, despite the West Ham loanee almost setting up their second for Samuel Osayi-Samuel, who fired wide. 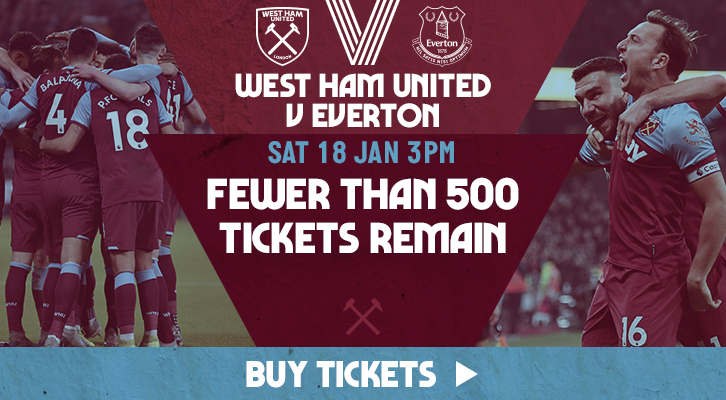