David Moyes was keener to praise the commitment shown by his players to keep going to until the very end of Friday’s 1-0 Premier League defeat at Sheffield United, than to criticise the handball law that denied his West Ham United team a point.

The Hammers lost Lukasz Fabianski to injury in the first half before a defensive mix-up enabled Ollie McBurnie to beat substitute goalkeeper David Martin midway through the second.

Despite those setbacks, the Irons stuck to their task and looked to have snatched a hard-fought draw when Declan Rice burst through and set up Robert Snodgrass to equalise, only for the celebrations to be cut short by a VAR review that deemed the England midfielder had handled John Egan’s attempted clearance in the build-up.

I’ve told the dressing room they should be proud of their performance. I thought they played well

"First of all, I’d like to start by saying how well I thought my players played,” Moyes told the BBC’s Match of the Day. “I thought they were terrific tonight and I’d say we didn’t deserve to lose and we might even have been disappointed to have drawn in the end.

"I think if we had come here and taken a draw, we'd have been happy because it is such a tough place to come to and Chris has done such a good job here.

“But, for me, I thought we scored a good goal to equalise. I’m a football man and I watch football and I thought Declan Rice did brilliantly well to break through the middle with good power and good strength. Their defender did well to get back and headed it on to Declan. Declan went on, played a good pass and we scored.

"I’m just telling you, I think it’s a really good goal. I think Declan deserves great credit for his strength to get through and for that to happen, from my point of view it's not right.

“I wouldn’t say I am a great fan of it because I believe that is the way most of the people who watch or play the game are feeling, but we’re having to come to terms with it. I think there are some situations where people who’ve played in it and know about football say

‘That’s not right’ and I think that came into that category.” 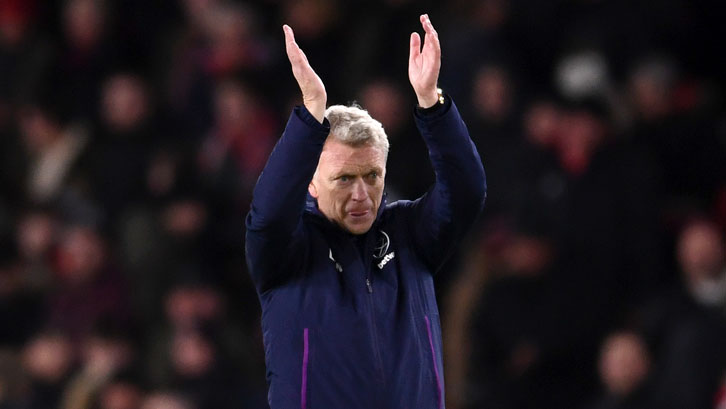 Moyes was without a host of senior players through injury and illness, with three Academy of Football youngsters named among the substitutes, and lost Fabianski early on, but his shorthanded squad gave their all at Bramall Lane, only for circumstances to go against.

First, Martin’s pass eluded Fabian Balbuena, allowing John Fleck to set up McBurnie to score, then Sebastien Haller had one goal disallowed for offside and headed another decent chance over the bar, Manuel Lanzini fired straight at Dean Henderson after a slip by Egan, before VAR’s late intervention cut short the celebrations on the pitch and in the away end.

"The players did a really good job,” the manager said. “It took us a while to settle in the first 15 or 20 minutes but, when we did, we played some good stuff.

“We were twice through one-on-one with the goalkeeper and you'd be hoping to score at least one of them. Unfortunately, when we got those moments we didn't take them but I couldn’t fault the players for their effort and determination in keeping on going until the end.