Arthur Masuaku: Everything is very clear now under David Moyes 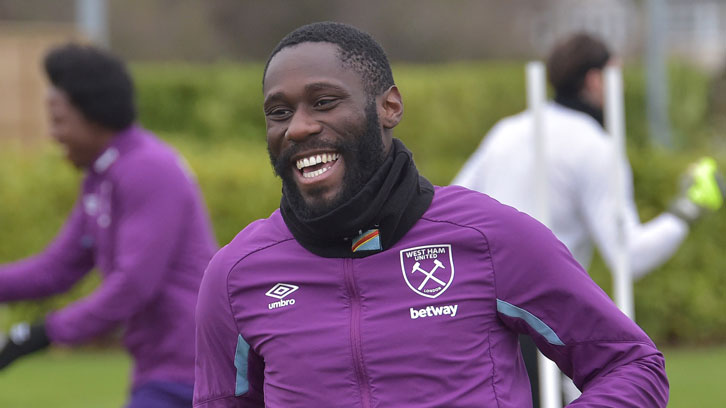 Arthur Masuaku says David Moyes’ clear messages have had an instant and positive impact upon him and his West Ham United teammates.

The Hammers’ DR Congo international has been part of a squad that has won both games since Moyes returned to the Club on 29 December, scoring six goals and conceding zero in that time.

Masuaku, who thrived during the Scot’s first spell in charge during the 2017/18 season, says the former Everton and Manchester United boss has instilled much-needed belief and confidence into a squad that was previously struggling for both.

The manager wants us to play football, obviously, but also to be hard to beat and not to concede easy goals

“He has changed things a little bit tactically, but not too much,” the No26 told Premier League Productions ahead of Friday’s Premier League fixture at Sheffield United. “It’s been more the mood and confidence that have changed since he came. He arrived and literally said ‘If you don’t work, you’re not going to play’ and I think everything is very clear now.

“We saw against Bournemouth the way everybody played; everybody was at it and everybody was pressing and that’s what he wants and what the fans want. We won the game and the [FA Cup third round] game against Gillingham, so that’s good.

“For most of us, it’s all about confidence because, in football, when you don’t have confidence, you are not the same player, and that’s what he tries to give you, so you can enjoy it on the pitch.

“His messages are either speaking to the individual or to the team, telling us to be brave. He wants us to play football, obviously, but also to be hard to beat and not to concede easy goals. When everybody is at it, we are a good team.”

A win at Bramall Lane would see West Ham pull five points clear of the bottom three onto 25, up to eleventh and, for 19 hours at least, within two points of Arsenal in tenth place.

While that would represent an improvement on the Hammers’ position from just a fortnight ago, Masuaku shares Moyes’ view that there is still a huge amount of work to be done before anyone in Claret and Blue is feeling comfortable.

“We are not safe,” he confirmed, “but if we keep playing like we did against Bournemouth, there is no way we are going to go down because, with the squad we have got, we need to aim for big targets and clearly if we win on Friday, that would be massive.

“We just need to take it each game at a time and be hard to beat in all the games, like I said.”

Focusing on Friday’s trip to South Yorkshire, Masuaku is expecting a stern examination from Chris Wilder’s newly-promoted side, who have compounded expectations to seemingly set themselves on course for a top-half finish on the back of the third-best defensive record in the Premier League.

“I am surprised,” the 26-year-old admitted. “In my opinion, I didn’t expect them to be in this position now, but they’re a good team and hard to beat.

“We just need to play our football, run as much as we can and score goals so we can be happy at the end and have the three points.”