Declan Rice: This has to be the minimum standard in every game

Declan Rice admitted West Ham United players were left feeling huge frustration after the 3-2 loss to Liverpool, but says the performance shown is now the minimum the Irons must take into every game.

A battling and competitive West Ham side pushed the Premier League leaders to their limit in a gutsy effort at Anfield, fighting back to take the lead through Issa Diop and Pablo Fornals after Georginio Wijnaldum had given the home side the early advantage. Mohamed Salah levelled for the Reds before Sadio Mane inflicted defeat on the Hammers with a close-range goal less than ten minutes from full-time.

Rice acknowledged that he and his teammates can take a number of positives from their performance, but the final scoreline hurt.

There are positives to take in that we’ve come here and given the best team in the world a real go, but we’re gutted that we’ve lost 3-2.

“There are a lot of positives to take,” the No41 said. “A lot of people thought we were going to come here and just sit back, but we’ve scored two and could have maybe had two more.

“Everyone knows what Anfield is like. The fans are on top of you and they have top players. We’ve got to be men out there and hold onto the lead. We could have done that tonight, but it wasn’t meant to be. We have to go again now.

“There are positives to take in that we’ve come here and given the best team in the world a real go, but we’re gutted that we’ve lost 3-2.” 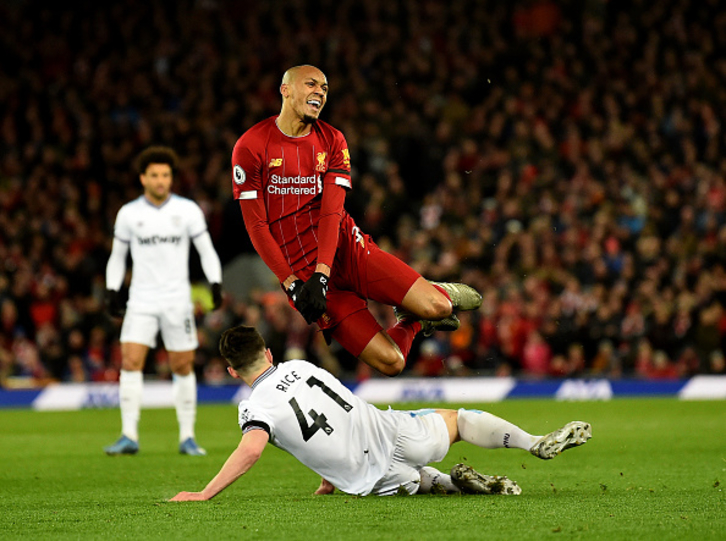 Rice pointed to West Ham’s efforts in the recent home match with Liverpool as the catalyst behind Monday evening’s performance, with the Irons a constant threat against Jurgen Klopp’s side.

The England international explained how the Irons looked to put Liverpool under pressure with fast, counter-attacking play.

“We took positives from the first game, that we could create chances and get after them. Tonight was about, when we had the ball, getting up the pitch and creating chances for each other, and I thought we did that.

“I think they were probably a bit surprised by the chances we had created. We had a few one-on-ones, but the real tough games start now.” 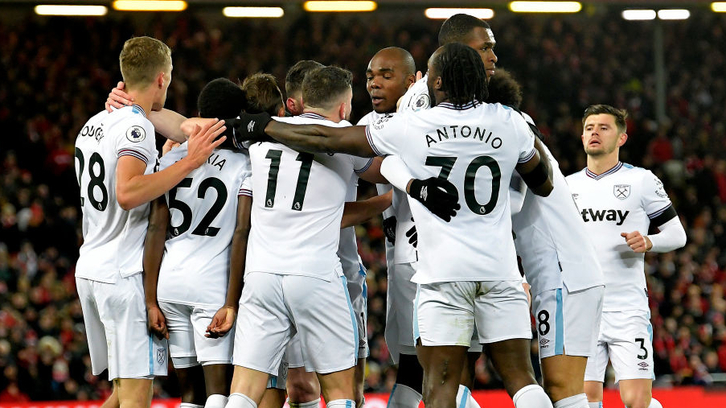 With a home match with Southampton on Saturday now awaiting West Ham, Rice said that the fight and intent shown by him and his teammates has to be the minimum in every game between now and the end of the campaign, as the Irons look to climb away from the relegation zone.

“That has to be standard in every game, out there on the pitch.” Rice added. “Liverpool are a great attacking team, but they also do the defensive work, and we’ve got to do that as well.

“If we can cut out the mistakes then I’m sure we’ll be all right. We’ve got goals in the team and some good home games coming up that we know we can win.

“We’ve got Southampton on Saturday. We’ve had two tough games back-to-back in Liverpool and Manchester City, but there’s positives to take from both. And now Southampton is a massive game for us.”