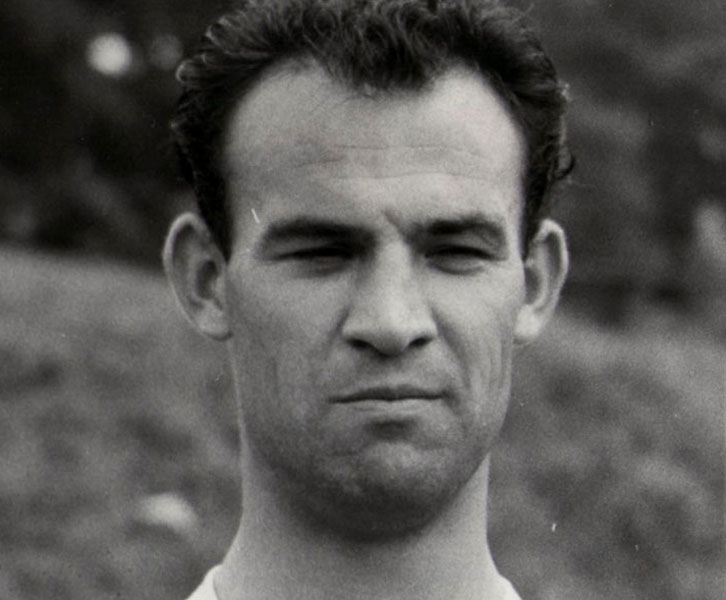 Former West Ham United wing half and 1958 Second Division title winner Malcolm Pyke has passed away at the age of 81.

Pyke, who joined the Hammers as a schoolboy in the early 1950s, was part of the squad which famously secured promotion back to the First Division in dramatic style 62 years ago.

Born in Eltham in south east London in March 1938, Pyke was just 19 when he debuted in Claret and Blue in a 3-1 victory over Bristol City at the Boleyn Ground on Monday 22 April 1957, playing alongside the likes of Ernie Gregory, John Bond, Ken Brown, Malcolm Allison, Noel Cantwell, John Dick and Malcolm Musgrove.

The teenager retained his place for the trip to Liverpool the following Saturday, where he played in front of more than 36,000 fans in a narrow 1-0 defeat.

The next season, after Allison had been taken ill with tuberculosis in September 1957, Pyke moved to half-back alongside Brown, sharing defensive responsibilities and the No6 shirt with Bill Lansdowne, with Andy Malcolm taking over at wing half.

Amazingly, Pyke’s next seven appearances would all come at Upton Park, where he helped the Hammers to a 6-1 Second Division win over Bristol Rovers and set up a goal for John Dick in a 5-1 FA Cup third-round victory over Stanley Matthews’ Blackpool.

Into 1958 and still shy of 20, Pyke established himself under manager Ted Fenton, starting ten of West Ham’s final 17 Second Division matches as they overhauled Blackburn Rovers, Charlton Athletic and Liverpool to help secure promotion. The title was secured with a 3-1 win at Middlesbrough on the final day of the season.

During that run of games, the youngster was part of the team which scored vital victories at Leyton Orient and Stoke City and important home wins over Bristol City and Notts County, as well as draws with promotion rivals Fulham, Charlton and Liverpool.

In all, Pyke started 15 times for Fenton’s title winners that famous season, in addition to the two Second Division appearances he had made the previous campaign.

Pyke also featured in the FA Cup fifth-round defeat by Fulham in February 1958 and appeared in the Southern Floodlit Cup and Essex Professional Cup, taking his total number of first-team appearances to 24.

In 1958/59, with competition from Brown, Lansdowne, Malcolm, Andy Nelson and a young Bobby Moore, Pyke’s opportunities became limited and he was transferred to his native south London and Crystal Palace in exchange for Ron Brett in June 1959.

After two appearances for the Eagles and a spell with Southern League club Dartford, Pyke retired from playing and became a pub landlord.

Everyone at West Ham United has been saddened by news of Malcolm’s passing and would like to pass on their sincere condolences to his family and friends at this time.