Pablo Zabaleta: West Ham must go to Manchester City with a positive mentality 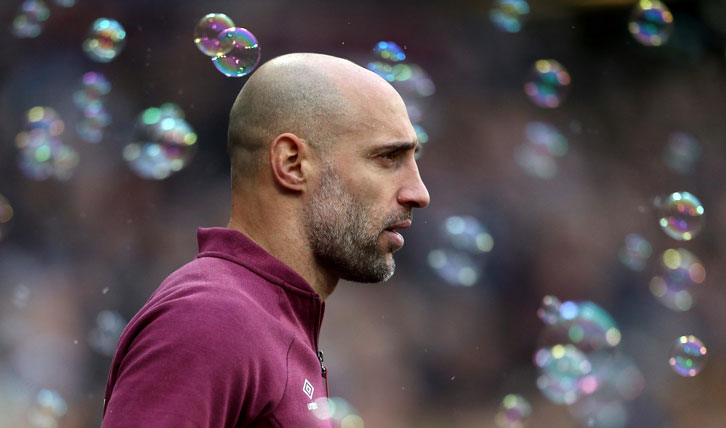 The popular, vastly-experienced former City defender returns to the club with whom he won six trophies over the course nine successful years for the final time, having revealed this will be his 12th and final season in English football.

As he prepares for the final 13 matches of what has been a long and memorable spell on these shores, Zabaleta told whufc.com he is determined to end his time here on a high by helping West Ham steer clear of relegation – starting with a positive performance and result at the Etihad Stadium.

“I have said that this will be my final season in English football, so these last 13 games will all be special experiences for me, as I have been here for 12 years and have so many great memories,” confirmed the Argentinian, who returned to training with his teammates on Saturday after spending his Winter Break with his wife and young children at the family home in Barcelona.

“We go to Man City on Wednesday night and it will be my third visit with West Ham since I left them in 2017. Personally, I got great receptions from both sets of fans and I am looking forward to going back there one final time and, if I get a chance to play, I will do my best and then say thank you to the fans after the final whistle.

“I am a West Ham player now, of course, and I am looking for us to win the game, but I will always have a lot of love and respect for that club, as everyone knows.” 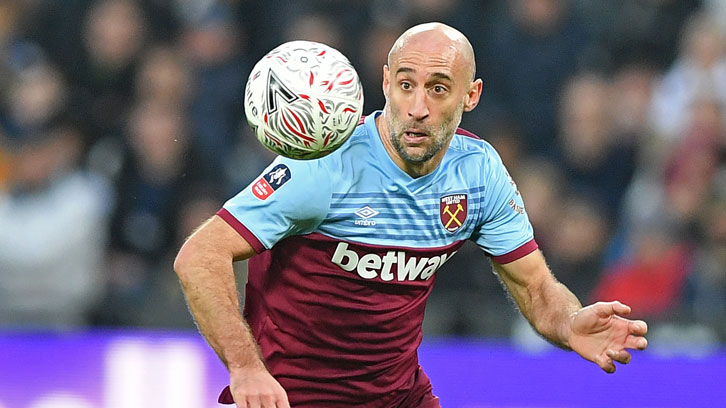 Zabaleta and his teammates head north for the second time in the space of ten days, having seen their original fixture against Pep Guardiola’s side postponed due to Storm Ciara on Sunday 9 February.

As they would have done then, the Irons will kick-off in the bottom three, but know a draw at the Etihad would take them out of the relegation zone. To achieve that target, Zabaleta says David Moyes’ men must play positively.

“We all know the situation we are in at the minute and we’ve got two tough games coming up now away from home, but we need to play with the mentality of trying to get something from those games, and then the key will be our home games,” the No5 continued.

“Ultimately, though, the table does not matter until the final day of the season, and I think the best thing for the team is to take things game-by-game.

“Our next game is Man City away, so we need to go to Manchester, put in a good performance with the aim of winning the game. If we could get three points, that would be great – we to show our best and build that spirit for the next game.

“West Ham won at the Etihad not too long ago, and you never know in football. Man City have dropped points at home this season and we must go there believing we can get something.”