Tomas Soucek: We are capable of getting a good result at Manchester City 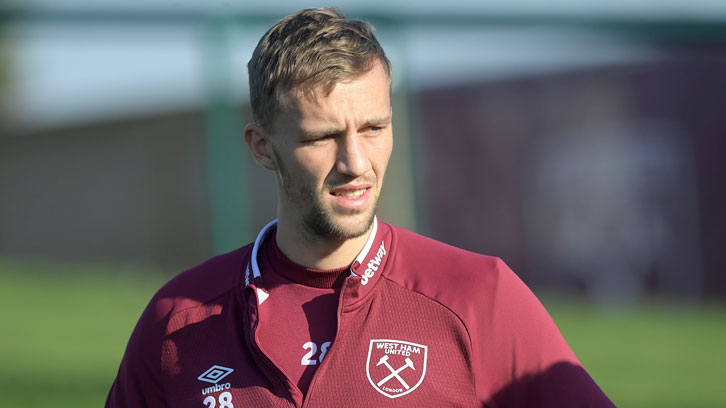 Tomas Soucek has more than enough experience to know West Ham United can achieve a positive result at Manchester City on Sunday.

While few are tipping the Hammers to hold, let alone overcome, the reigning Premier League champions at the Etihad Stadium, the midfielder insists the Irons have nothing to fear as they head north.

And, having been part of the Slavia Prague team that held Inter Milan and Barcelona in the UEFA Champions League, and the Czech Republic side that defeated England in UEFA Euro 2020 qualifying, earlier this season, his belief that David Moyes’ men can secure at least a point this afternoon is understandable.

Speaking to Premier League World at Rush Green, the 24-year-old knows Pep Guardiola’s Citizens will present one of the sternest tests possible, but he is not about to write the game, or the away fixture at Liverpool after the winter break on Monday 24 February, off.

To play away against Manchester City won’t be easy. But we are good players and I believe that we can get our act together and we are capable of getting a good result

“We all know that there are two very hard fixtures ahead of us,” he began. “We are talking about tactics and I think we could face any team [and do well]. I was in a similar situation with Slavia Prague [in the Champions League]. I believe that we could be equal to any team and getting points is always a realistic possibility.

“To play away against Manchester City won’t be easy. But we are good players and I believe that we can get our act together and we are capable of getting a good result.” 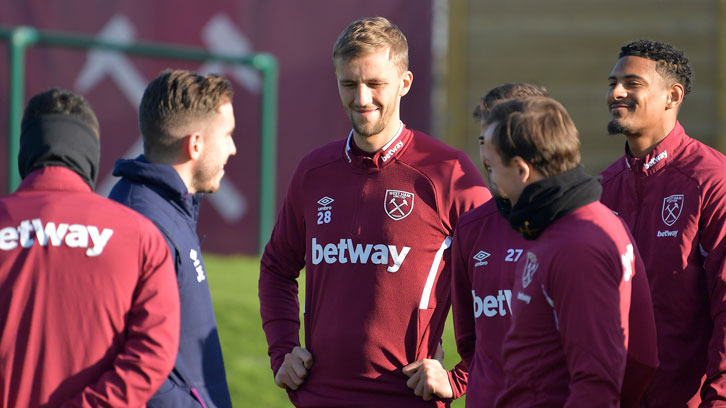 While West Ham are seeking a result that will take them out of the relegation zone, having dropped into the bottom three after drawing 3-3 at home to Brighton & Hove Albion a week ago, Manchester City kick-off eager to bounce back after losing 2-0 at Tottenham Hotspur last time out.

A day after making an impressive debut in Claret and Blue, the Hammers’ new No28 sat down and watched City lose a game they arguably should have won comfortably, only for a saved penalty and a succession of other missed chances to cost them in north London.

Having soaked up huge pressure, Tottenham broke away to score two second-half goals, and Soucek believes that approach could be a blueprint for success for Moyes’ men, too.

“I watched the match,” he confirmed. “As a player and a supporter I watch many Premier League matches. The truth is Man City were very unlucky against Tottenham, but we can take advantage if one [opportunity] arises. I know their defeat could be beneficial for us but it’s up to us what happens on the pitch.

“Man City had many chances to score but Tottenham took advantage of the moments when they made counter-attacks. We could do something similar. It will be important not to miss any possible chances. We shall rely on our defenders and compactness of our team. This could lead to our success.”