On This Day: Six-goal Vic Watson lays out Leeds 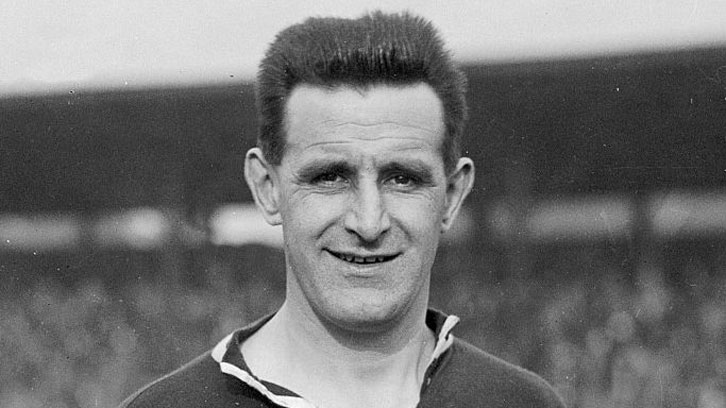 These days, a striker scoring six goals in an 8-2 top-flight victory would see his name dominate the back pages, website headlines and the social media conversation.

When West Ham United’s goalscorer supreme Vic Watson netted a double hat-trick in a sensational First Division drubbing of Leeds United at the Boleyn Ground, it was little more than a footnote in The Times’ ‘League Notes’ round-up.

In an article with the sub-heading ‘Some Surprising Results’, First Division leaders Sheffield Wednesday’s draw at Bolton Wanderers warranted first mention, followed by a defeat for Second Division leaders Chelsea at Nottingham Forest.

Even an unexpected defeat for Third Division South leaders Fulham at home to Watford was given greater importance than Watson and West Ham’s unexpected, record-setting thumping of a Leeds team who had finished second the previous season and was still in with an outside chance of winning the title.

To be fair, when The Times’ report finally reached east London midway through its third lengthy paragraph, it was, briefly, full of praise for the Irons’ performance.

The forward put West Ham in control with two early goals before Wainscoat and Jennings netted for Leeds to make it 2-2 at half-time. In the second half, Vivian Gibbins put the hosts back in front before Watson added the fourth and fifth, Tommy Yews West Ham's sixth, before the former netted twice more to complete an amazing rout.

Watson was ‘really brilliant’ almost every time he faced Leeds during his peerless West Ham career. In 15 appearances against the Yorkshire club, the Cambridge-born centre forward scored an incredible 22 goals.

In addition to the six he scored on this day in 1929, Watson slammed in all four in a 4-1 FA Cup fourth-round win on 25 January 1930, and another hat-trick in a 3-0 First Division victory at the Boleyn Ground just two months later!

Watson's West Ham career spanned 505 matches and 326 goals between 1920-35 - the latter a tally that will surely never be beaten. 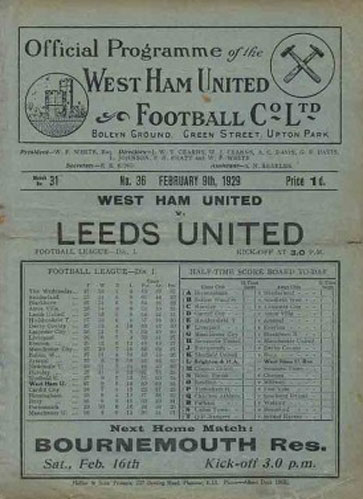 Born in Girton, Cambridgshire, in November 1897, Watson spent his youth with Wellingborough Town before the Hammers splashed out just £50 to take him to east London in 1920. It will probably go down as the best £50 the Club have ever spent.

Having initially arrived at the Boleyn Ground as cover for Syd Puddefoot, Watson featured in just nine games during his first campaign for the Hammers, before quickly making himself indispensable.

With 13 strikes in the 1921/22 season, he was just warming up and he notched 27 the following campaign as the Hammers won promotion to the top flight for the first time in their history, and reached the FA Cup final to boot.

1923 also brought Watson the first of five England caps, which yielded four goals – including two against Scotland in the 1930 British Home Championship.

Watson’s goalscoring hit its considerable peak in the 1929/30 campaign, when he notched 50 goals in 44 games, including six against Leeds. That tally included eight braces, three hat-tricks and one four-goal haul, as he scored at least once in 33 of his 44 appearances.

The numbers are scarcely believable, and even when he left West Ham to join Southampton for a single season at the age of 37, he still top scored for the Saints with 14 goals in his swansong year.

After retiring, he became a market gardener in his home town of Girton and passed away aged 90 in August 1988.