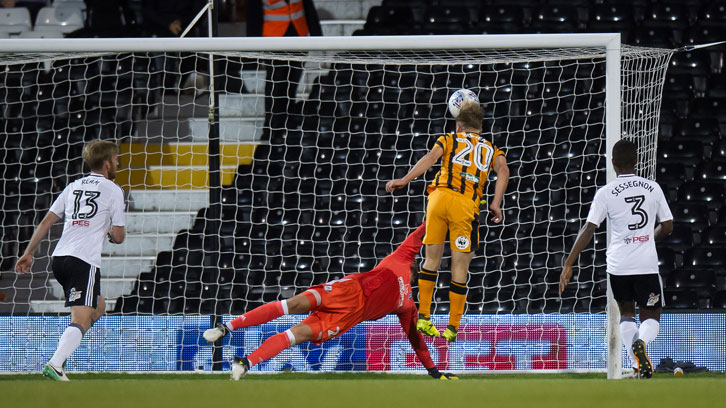 Jarrod Bowen is set to make his West Ham United debut at Manchester City on Sunday – and let's hope he marks the occasion with a goal.

The 23-year-old, who arrived after two-and-a-half prolific seasons with Hull City in the EFL Championship, has never faced the reigning Premier League champions before in his relatively short but goal-filled career.

And maybe that should worry Pep Guardiola, because Bowen has a sensational record of scoring on his first appearance against a new opponent, having done so 13 times during his time at Hull, and once as a 17-year-old for his first club, Hereford United.

Will Manchester City be added to that list this weekend?

2. The Claret and Blue Army's loud and loyal support 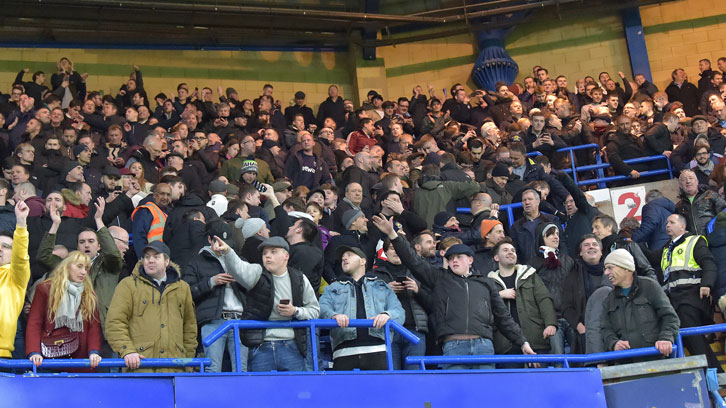 And it comes as no surprise that 3,000 fans will be making the long journey north to Manchester this weekend to cheer on the Hammers, despite Sunday’s match with Pep Guardiola’s City being broadcast live by Sky Sports.

Anybody watching the match on television will undoubtedly hear the Claret and Blue Army singing loud and proud at the Etihad Stadium, as they have done at grounds up and down the country all season long.

Fans travelling to the game from London will complete a 430-mile round trip and, by the season’s end, fans attending all 19 away Premier League matches will have covered more than 2,500 miles in total.

Everyone associated with the Club will hope that loyal support is rewarded with safety come 17 May.

3. Manuel Lanzini to draw on fond memories of September 2015 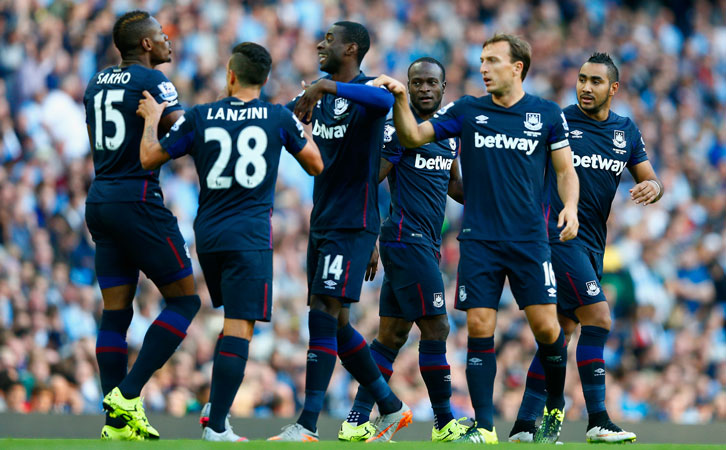 Manager David Moyes makes no secret of the fact he is a big fan of Manuel Lanzini, and how he needs his Argentinian playmaker to find his best form to help West Ham United out of their current predicament.

The No10 did just that the last time the Hammers won at the Etihad Stadium, in September 2015, starting wide on the left in West Ham’s 2-1 Premier League victory.

Captain Mark Noble, Aaron Cresswell and Winston Reid also started that game, while Michail Antonio was introduced as a second-half substitute, and all five will likely draw on their positive memories of that success when they return to Manchester City this Sunday afternoon. 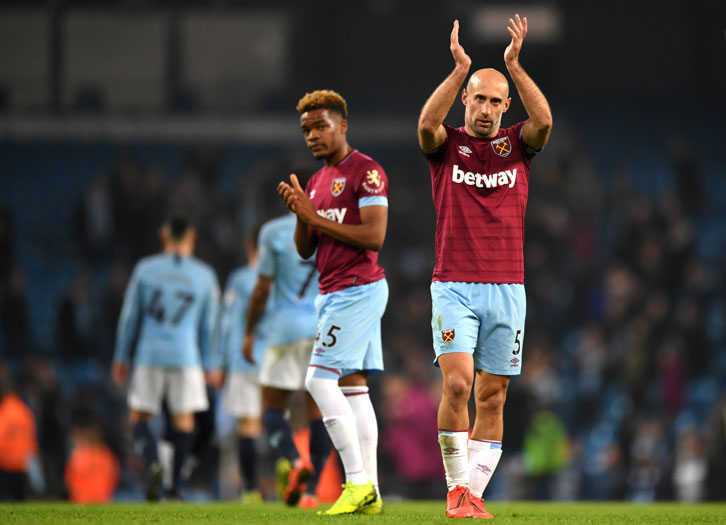 Sunday promises to be an emotional day for Pablo Zabaleta.

With the Argentinian planning to leave English football after 12 years this summer, this weekend will likely be the full-back’s final visit to the Etihad Stadium as a professional.

A two-time Premier League title winner during nine seasons with Manchester City, the West Ham United defender remains as popular figure at the Etihad as he is at London Stadium.

A committed, whole-hearted and talented player, Zabaleta is sure to receive a warm welcome from both sets of supporters at the Etihad – and rightly so. 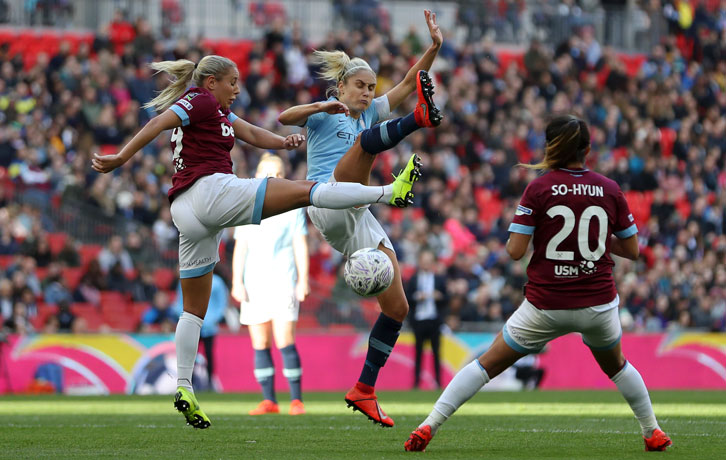 While West Ham United and Manchester City’s men’s teams do battle at the Etihad Stadium, the club’s respective women’s teams will do likewise at Rush Green Stadium.

Matt Beard’s Hammers will be seeking their first-ever win over reigning champions City, having lost all three previous FA Women’s Super League meetings and the 2019 FA Women’s Cup final at Wembley to the Blues.

West Ham will seek an historic victory on Sunday against a City team that is likely to include lifelong Hammers fan and England international striker Ellen White, who has won two WSL titles and scored 45 goals in a long and distinguished career.