Xande Silva: It means everything to be back 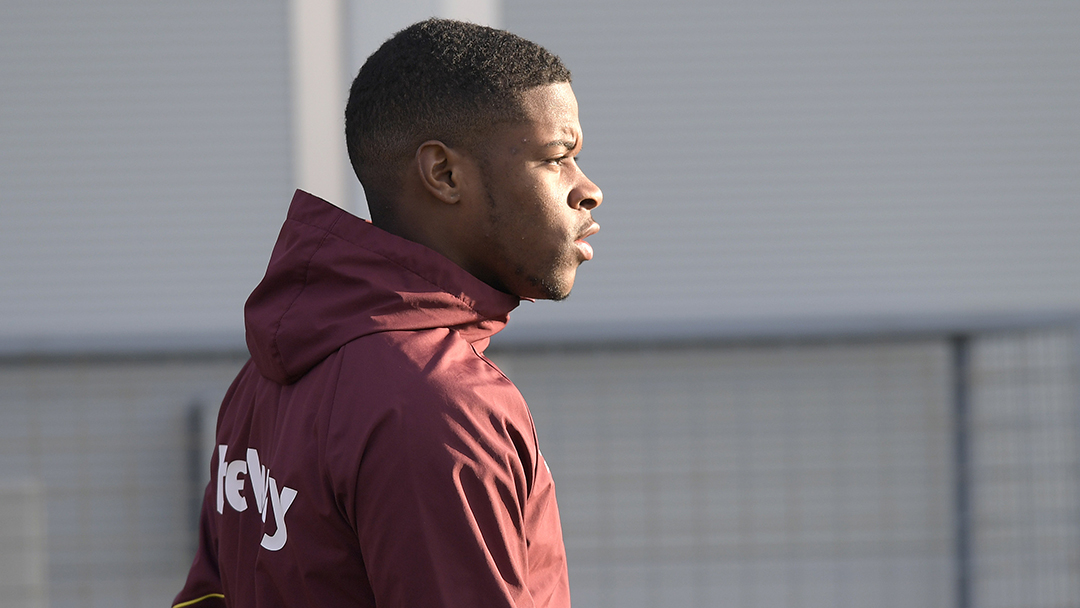 After months of frustration and hard work, a beaming smile once again adorned Xande Silva’s face as the young forward celebrated scoring for West Ham United.

In the next step of his recovery from an emergency operation on his stomach during last summer, Silva came on as a half-time substitute for the U23s away at Sunderland on Sunday afternoon with the score at 1-1.

Despite him showing some bright touches, having one fizzing effort from range beaten away early on, Sunderland’s second of the game meant that the Hammers entered the final ten minutes of Sunday’s Premier League 2 Division 2 game trailing.

Mesaque Dju’s brilliant guided finish hauled them level – and then Silva turned on the style.

Good control, a positive run and a ferocious 25-yard finish into the bottom corner put his team ahead, moments before a lovely turn on the wing to beat his man set up Sean Adarkawa from six yards, effectively sealing the game.

It means everything. I’ve had a tough last year, but I’m delighted to be here now with my teammates

After netting his first goal, Silva and Dju – both returning from lengthy absences – ran over to Head of Academy Sports Medicine & Science, Tom Smith, to celebrate.

“It means everything,” Silva beamed. “I’ve had a tough last year, but I’m delighted to be here now with my teammates.

“I need to thank everyone who was involved in helping me over the last year. I need to thank him [Tom], all the medical staff and all the staff at West Ham, because it’s hard when a player’s injured and not, every day, in a good mood.

“I also need to thank all the players around me. I’m here now, and I’m very happy.”

The forward, capped by Portugal at every level from U15 to U20, joined the Club in 2018 following promising spells with Sporting CP and Vitoria Guimaraes.

Silva made his Premier League and FA Cup debuts the following season prior to his lay-off in the summer of 2019.

The explosive forward was pleased his comeback game proved such an enthralling contest and, after 45 hugely productive minutes, stated his desire to move on from the troubles which have beset the 22-year-old so far this campaign.

“It was a good game,” he noted. “Of course, it was hard for me because it was my first game after six or seven months of being out, but that spell has gone.

"Now, I only think about the present and future. I’m here to help the team.”

Having impressed so much upon his return, Silva was also determined to carry on experiencing the enjoyment of football to the fullest.

“I will give my 100 per cent for the rest of the season because it’s what I love to do: play football,” he said.

“I just need to enjoy the game and enjoy the life of a footballer again.”