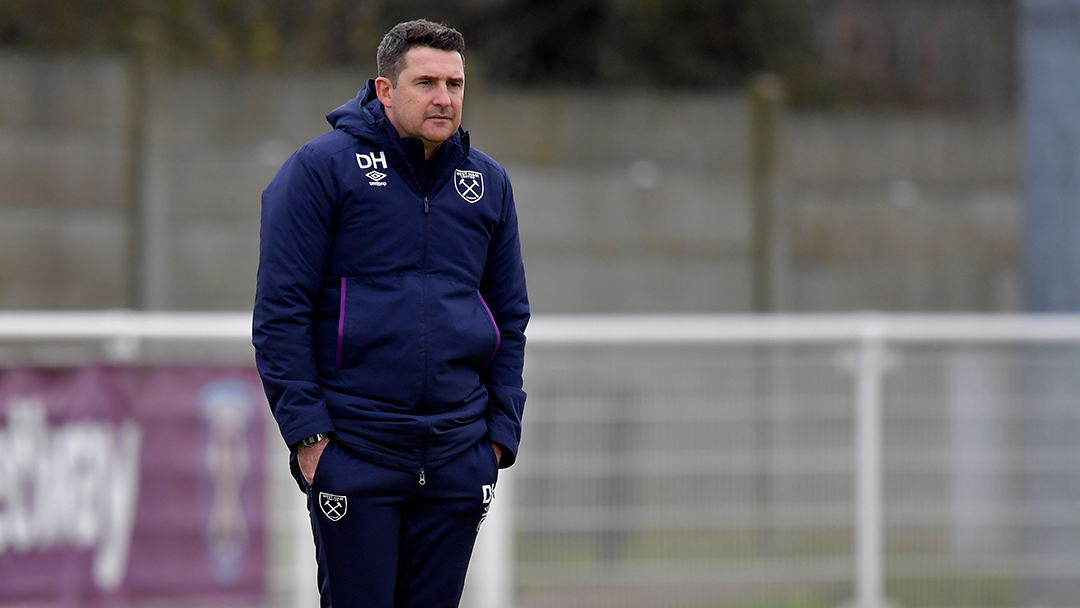 The 4-2 win on Wearside sees the Hammers return to the top of Premier League 2 Division 2 – but it was borne from three goals inside four late second-half minutes to turn things around.

After Oladapo Afolayan had given West Ham an early lead, slotting in after Sean Adarkwa’s one-on-one was parried, two excellent finishes from Sunderland’s Joe Hugill either side of half-time put the Hammers’ unbeaten league run this season in the balance.

With the game entering its final ten minutes, however, the U23s committed significant numbers forward and grabbed a deserved equaliser when second-half substitute Mesaque Dju found the top corner from just outside the area.

Two minutes later, and fellow substitute Xande Silva put them in the lead with a fine low strike from range, before setting up Adarkwa with some fine skill for the striker to poke in the clincher.

Halajko was delighted to see his players provide such quality at such a crucial point in a difficult encounter.

“It was a tough game, but we knew it was going to be a tough game today,” he observed. “They’re a hard team to beat, they showed that last time when they came to our place and they’ve added four new players to their squad today.

“It was a tough game, a close game, and we had to really, really fight. In the end, we had some real good little bits of quality that edged it over them.

“We changed the system to go and get two goals back. The lads are aware of how we wanted to change it – we’ve got a plan B we can revert to when we need it – and we did that and managed to get the goals that won it.”

West Ham’s U23s have seen a number of players go on loan during the January transfer window, including captain Conor Coventry, Nathan Holland and Dan Kemp.

We’ve had three weeks since our last game, and we’ve been working hard on the training pitch, trying to get that kind of togetherness as a team

As a result, opportunity has opened up for further talented Academy of Football youngsters, and Halajko praised his side’s collective work in getting up to speed for the fixture.

“They’ve worked really hard,” he said. “We’ve had three weeks since our last game, and we’ve been working hard on the training pitch, trying to get that kind of togetherness as a team, so we know what we should be doing, and how we want to play and how we want to do things.

“It’s starting to gel and they’re really trying their best to get themselves to a high level.”

Halajko also expressed his delight with the performance of Silva, who was making his first appearance in a Claret and Blue shirt since last April, and thanked the Academy of Football’s medical staff who helped him recover from a long-term injury lay-off.

The 22-year-old Portuguese forward entered the pitch at half-time and demonstrated superb individual ability with a late goal and assist to help turn the tide on Wearside.

“He made a massive impact on the game,” Halajko confirmed. “Coming off the bench and getting a goal and an assist is a real special contribution for someone who’s been out for so long.

“He needs to take massive credit for everything that he’s done to get himself back fit because it’s been a tough time for him, and also the medical staff deserve huge praise for helping him get through that.”

After capping a successful week for the U23s, Halajko took time to praise 19-year-old right-back Jeremy Ngakia, who played the full 90 minutes at Sunderland just four days after his full Premier League debut against Liverpool on Wednesday evening.

“It’s been great for Jeremy – he deserves it,” Halajko smiled. “He’s worked ever so hard all season and to get his debut against Liverpool, which he acquitted himself well in, is something to be really proud of.

“He came up on the train late last night, got into his hotel room near midnight and got himself up at 9am ready to play with the U23s. I think that shows you the type of character he is, and demonstrates his professionalism, his determination to put in a good performance today.”