Angelo Ogbonna: West Ham's defeat at Chelsea was a lesson

The Hammers produced a spirited and, at times, dominant display at Stamford Bridge, particularly in the second half, but failed to turn their possession and encouraging positions into clear-cut chances or goals.

Speaking to West Ham TV, the Italy international defender felt the game was settled by fine margins, with Chelsea taking their opportunities, first when Thiago Silva headed them in front inside ten minutes, then when Tammy Abraham added two goals in quick succession late on.

Ogbonna also lamented referee Chris Kavanagh’s decision to immediately rule out Jarrod Bowen’s first-half equaliser for a foul on Silva, when replays showed there was minimal contact, while the official allowed a Chelsea attack to continue despite Cesar Azpilicueta clearly taking the ball over the byline.

We played against a big team and we caused them some trouble and I think we played really well, but this was a lesson

“It’s difficult because we didn’t deserve to lose 3-0,” said the No21. “We showed that we played really well, even in the first half, but the problem was that we conceded the first goal from a corner and for a long time we hadn't conceded from set pieces. At the end, they scored two goals in two minutes.

“We played against a big team and we caused them some trouble and I think we played really well, but this was a lesson.” 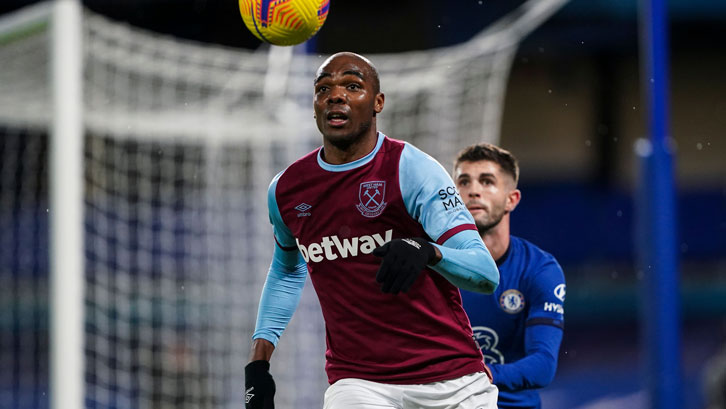 Chelsea went into the game enjoying the third-highest average possession in the Premier League, but the Hammers matched them in that department, even out-passing their hosts in the second half.

But, again, Ogbonna felt the Irons did not make the most of their opportunities.

“We played really well but this is football because they got their chances and we got our chances, but most of the time we kept the ball,” he observed.

“We had a lot of possession but maybe we weren’t clinical enough.

“We played against a tough team and I’m proud of the way we played. I’m also proud that Nobes came back in and he helped the team to keep the ball and most of the time we had the ball.”