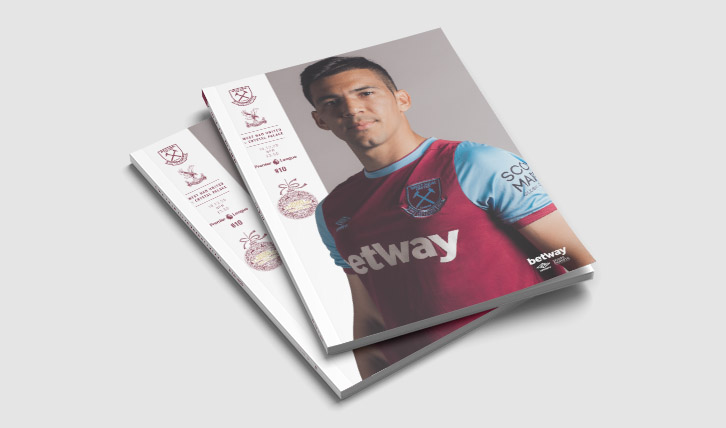 The Irons head into the midweek fixtures sixth in the table and are looking for a fifth win in six Premier League games after defeating Leeds United last time out.

And, with the 8pm fixture also being screened live in the UK by Amazon Prime Video and across the world by the Premier League's international broadcast partners, you can mark the occasion with our Official Programme, which is available to order here for just £3.50, plus £1.49 postage and packaging*.

Cover star Fabian Balbuena looks at his strong start to the campaign and taking his opportunities in the programme's feature interview.

The Evening Standard's Ken Dyer shares his Christmas memories, columnist Mark Webster heads down the Added Time Tunnel, Irons legend Tony Cottee pens his regular column, Sid Lambert goes Back to the '90s to remember Iain Dowie, and we continue to look back through the Club's 125-year history.

There is an in-depth guide to Wednesday's visitors, including the expert opinion of the Evening Standard's Jack Rosser.