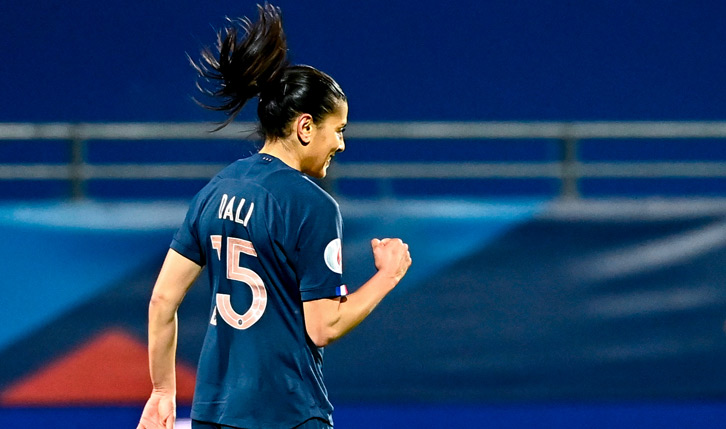 West Ham United midfielders Kenza Dali and Katerina Svitkova both got on the scoresheet for their respective nations in Tuesday’s round of UEFA Women’s 2022 European Championship qualifiers.

Dali and her France international teammates made light work of Kazakhstan in their Group E fixture on Tuesday evening, routing their opponents 12-0 to cement their spot as the group winners.

Hammers playmaker Dali, starting for Les Bleus, scored a typically fine strike from distance for her nation – France’s sixth goal of the game – on 24 minutes.

The home side were seven goals ahead by half-time and showed no sign of slowing into the second period, adding another five to put Kazakhstan to the sword. France’s record international win sits at 14-0, achieved against Bulgaria in 2013.

With back-to-back victories in their two qualifiers during this international break, France’s place at the European Championship Finals in England in 2022 are secured.

The Czech Republic could not quite manage the same quantity of goals in their home qualifier against Moldova, but Svitkova and her international colleagues still saw off their opponents 7-0 in Tuesday’s early kick-off. 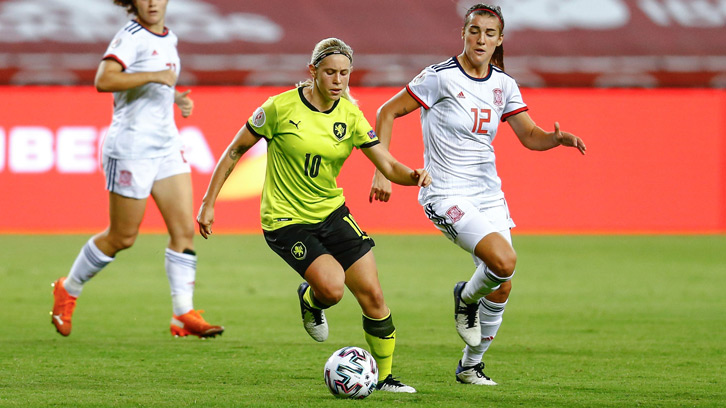 West Ham’s No10, who moved to the Irons in the summer from Slavia Prague, turned home on 36 minutes to put the Czech Republic five goals ahead amidst snowy conditions in Chomutov. Svitkova played an hour before making way.

The victory means that Czech Republic end their Group D campaign on 16 points, and their ability to qualify for the Play-offs rests on group leaders Spain avoiding defeat to third-placed Poland when the two sides meet in February.

Scotland saw their hopes of qualifying for the 2022 European Championship finals come to an end with a 1-0 home defeat at the hands of Finland.

West Ham striker Martha Thomas started the match for a Scottish side that dominated the entire fixture, with the home team seeing a host of chances somehow stopped by the Finnish goalkeeper.

Frustration turned to agony in the dying embers of the fixture as Finland broke to score the scrappiest of goals on the counter-attack. Amanda Rantanen’s initial one-on-one effort was saved, but bounced kindly to deflect into the net off her face. 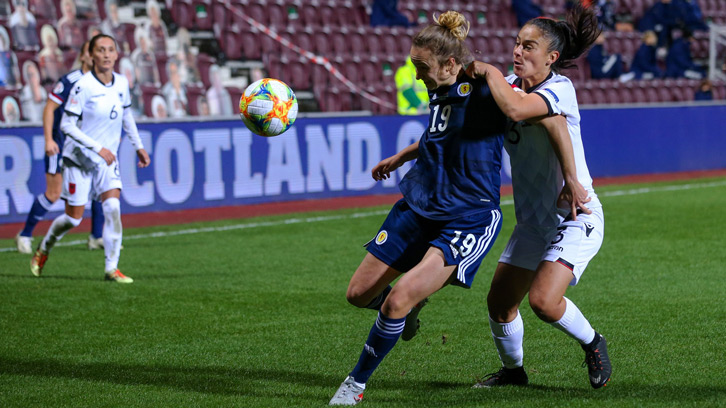 The defeat is Scotland’s third consecutive 1-0 loss and means, with nine points, they cannot catch either Finland or Portugal, who both have 16 with two games to play.

Alisha Lehmann and Switzerland were also on the end of defeat, suffering a surprising 4-0 loss away to Belgium.

Victory for the Swiss would have secured their spot at the Euro Finals but defeat for Lehmann and her teammates mean they must now wait to see if they will qualify for the tournament as one of the three best runners-up in the group stages, or if they will need to enter the play-offs.

The Republic of Ireland will, however, not be involved in the play-offs after a 3-1 defeat away to Germany.

The Irish side needed to win to ensure a place in the play-offs but the loss means Ukraine leapfrog them into second place after beating Montenegro. Neither Courtney Brosnan or Leanne Kiernan was involved for the side in Tuesday’s fixture. 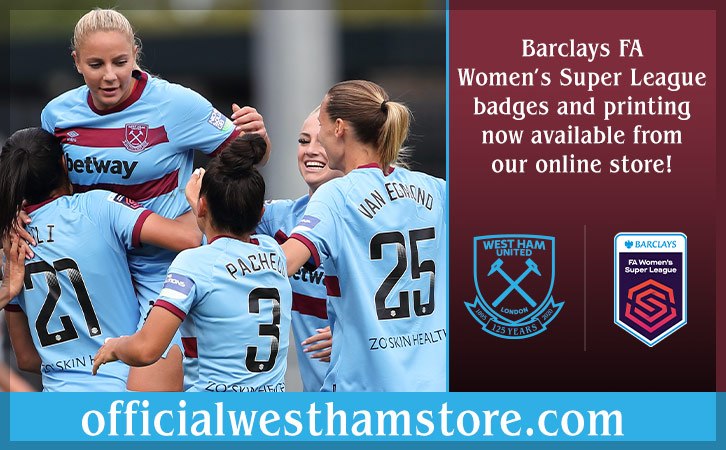