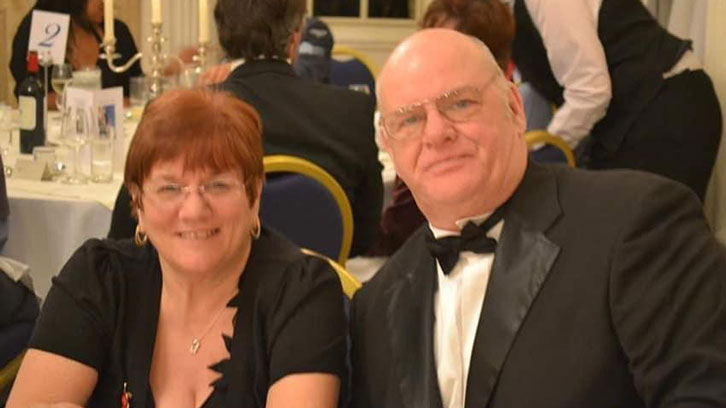 Everyone at West Ham United has been deeply saddened by the passing of lifelong Hammers Betty and Ken Hill after both had tested positive for coronavirus (COVID-19).

Proud East Enders, Betty and Ken were longstanding Season Ticket Holders at both the Boleyn Ground and London Stadium. Tragically, the couple passed away within 24 hours of one another earlier this month.

Ken was a respected member of the Club’s Supporter Advisory Board at both grounds, and also a pillar of the local community.

Both loyal and popular fans, Ken was Chairman and Betty served on the committee of the West Ham United Supporters’ Club in Castle Street, Upton Park, where the annual Hammer of the Year award was first presented in 1957/58 and for many years afterwards.

Ken was also a tireless secretary for the East Ham branch of the Royal British Legion, working closely with the Club to organise the annual Remembrance Day commemorations at both the Boleyn Ground and London Stadium. He was also part of the Club's annual Holocaust Memorial Day ceremony on a number of occasions.

West Ham United would like to pass on sincere condolences to Betty and Ken’s loved ones at this sad time.