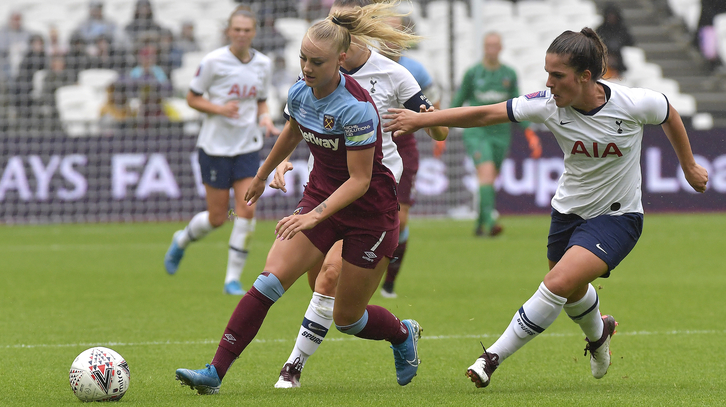 In front of a 24,790 strong crowd at the home of West Ham United, the second highest attendance ever in the Barclays FA Women’s Super League, goals from Rianna Dean and Lucy Quinn meant all three points were secured by the away side.

Matt Beard’s Irons were not without their chances with the likes of Martha Thomas, Adriana Leon, Kenza Dali and Kate Longhurst all going close on a frustrating afternoon in Stratford.

West Ham United women’s inaugural fixture at London Stadium was christened with a downpour in the first half, but the weather did little to dampen the mood of the occasion in Stratford.

The first chance of Sunday’s game fell to Alisha Lehmann. A flowing team move allowed Katharina Baunach to burst into space on the left and fire a wicked ball across the box. Lehmann looked to latch onto the pass, but the ball ricocheted out for a goal kick.

Rosella Ayane blasted a shot over the bar from distance for the away side, before Kate Longhurst tried her luck from a similar range. The No12’s effort was straight at former Iron Becky Spencer, who claimed comfortably.

Martha Thomas was fouled around 25 yards from goal just prior to the half-an-hour mark, allowing Laura Vetterlein to attempt a lethal strike from the set-piece. Her shot was blocked away.

Spurs took the lead on 36 minutes. Siri Worm placed a cross between Gilly Flaherty and Vetterlein, with striker Dean quick to exploit the available space. The Tottenham forward’s diving header went past Courtney Brosnan and into the bottom corner.

It seemed that Tottenham’s first-half goal pushed West Ham into life in the second period, with the Irons’ pressure almost forcing Chloe Peplow to turn into her own net just a minute after the restart.

The Hammers crafted chance after chance. First, Lehmann won the ball back in a dangerous area and squared the ball to Thomas. Somehow, the close-ranged shot was blocked. Then Lehmann played a lofted ball to Adriana Leon, but the Canadian international’s close-range header was also over.

Courtney Brosnan pulled out a phenomenal save with her feet to deny Rosella Ayane, after Kit Graham squared the ball across goal, as West Ham continued to press hard for opportunities.

The introduction of Jacynta Galabadaarachchi, Kenza Dali and Leanne Kiernan added further attacking impetus. Galabadaarachchi thought she had set up Cho So-hyun to level, but Spurs took possession back.

Dali then fired a shot wide before Redisch Kvamme’s well-timed cross found Thomas. Somehow, the No9 could only turn wide.

West Ham’s inability to put the ball in the net was made to pay on 84 minutes. A set piece was allowed to bobble in the West Ham area, and substitute Lucy Quinn was on hand to poach Spurs’ second.

There was still time for Thomas to see another header saved by former Hammer Becky Spencer, with the first-ever London Stadium match for West Ham United women's team ending in a heartbreaking defeat. 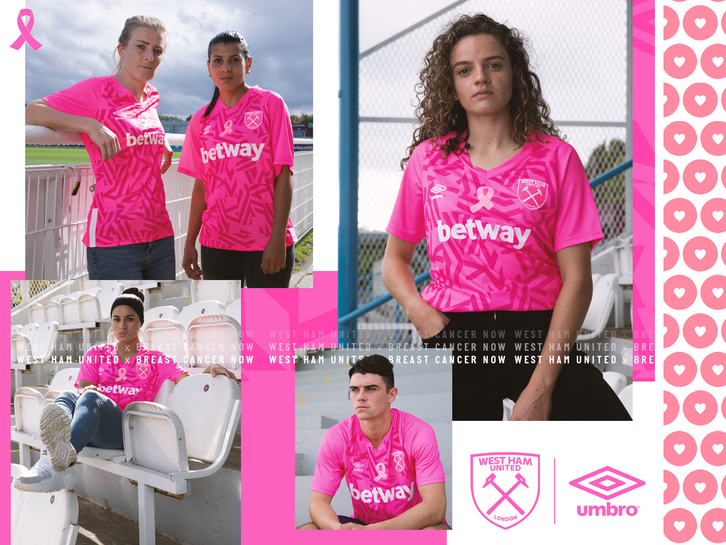