Declan Rice: We gave 100 per cent for that point 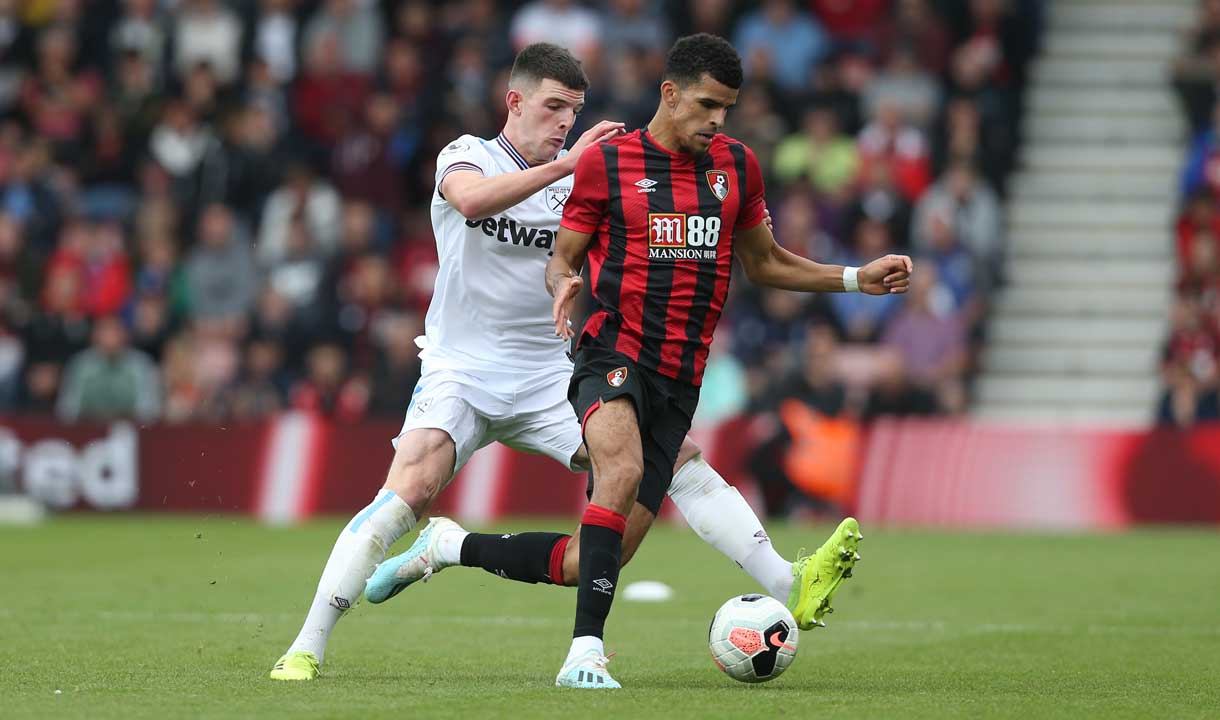 Declan Rice hailed the Hammers’ commitment after they came from behind to force a point at AFC Bournemouth on Saturday.

West Ham had to deal with seeing a lead of their own slip away after strikes from Josh King and Callum Wilson overturned Andriy Yarmolenko’s early goal, and they didn’t let their heads drop when Wilson tucked inside Roberto’s right hand post a minute into the second period.

Instead, they regrouped and earned their reward 16 minutes from the end thanks to Aaron Cresswell’s second goal in as many games, leaving Rice content with the final scoreline.

“I think it’s a really good point, a massive point actually,” he explained. “We’re sitting third at the moment, and regardless of how the other games at the weekend go we want to keep up around the Champions League spots.

“It was important that we kept our heads when we went 2-1 down and I think that’s the main thing about us this season - our togetherness and the character of our team.

“We’ve given 100 percent, we’ve got the goal back and we could have maybe nicked it late on. We’re really happy with the performance and it’s great to come away with point.”

With Yarmolenko and Cresswell on the scoresheet, the identity of the Hammers’ goalscorers was exactly as it was a week ago in their 2-0 victory against Manchester United and Rice was delighted for the pair.

“I’m buzzing for Cress,” he added. “It’s a great run from left back and when we watch it back later we’ll see it - it was timed to perfection and when he’s in that area he’s never going to miss from there.

“It was a clever little header down from Felipe and Yarma again coming up with the goods. A great goal and a great performance all around.”

The England man was also thrilled with how the team reacted to the disappointment of Wednesday’s Carabao Cup exit to Oxford United, saying the team owed that reaction to the supporters.

He said: “It was massive to bounce back from midweek. We let the fans down massively - for them to travel to Oxford and for us to concede four goals is not good enough. We understood their frustration and all the lads were gutted.

“It was one of those things, we bounced back today, we gave 100 percent and I think the fans will be proud of that performance today which is what we want to give them.”