Teddy Sheringham: Manuel Pellegrini is bringing so much knowledge 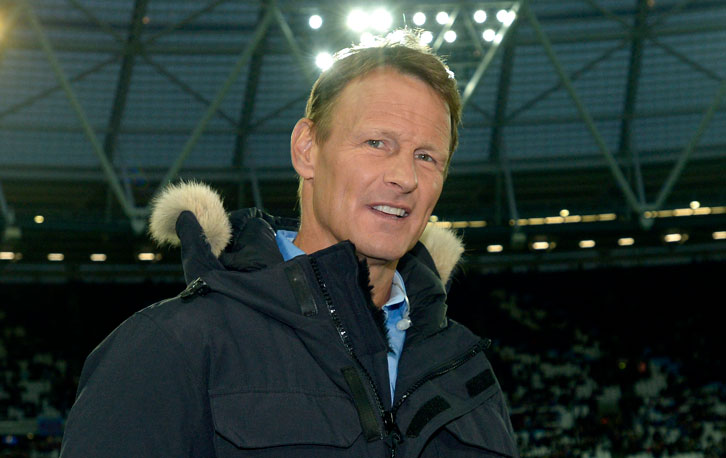 The former Hammers and England forward told the Official Programme he is a big fan of manager Manuel Pellegrini in an exclusive interview.

Sheringham believes the experienced Chilean provides much-needed calm and expects the Irons to thrive under his leadership.

“The future’s definitely looking rosy for West Ham United,” said the 53-year-old, who scored 30 goals in 87 appearances in Claret and Blue between 2004-07. “This is only the beginning of Manuel Pellegrini’s second season, but he’s already brought real stability to the Club with last year’s top-ten finish and his start to this campaign.

“When you’ve managed the likes of Real Madrid and Manchester City you develop your own ways of working and you can clearly see that he’s bringing so much knowledge and so many ideas into the Hammers set-up.”

Sheringham is also delighted to see a fellow Hammer of the Year continuing to excel as he himself approaches the latter stages of his career.

“I also like the fact that they’re still being led by my man Mark Noble which is fantastic to see because he’s some player,” said the one-time West Ham attacking coach, who was already a 38-year-old veteran when the current skipper – 21 years his junior – made his debut against Southend United in a League Cup second-round tie in August 2004.

“I’d only just arrived at West Ham after signing from Portsmouth and we both came off the bench. Aged 17, he was still an old man – Nobes has never been a kid! West Ham are lucky to have someone like Mark because he knows the Premier League inside out and realises what makes West Ham United tick, too. Without doubt, he’s on the same wavelength as Pellegrini in terms of what the manager’s trying to achieve.

“Sure, he’s not the quickest but intelligent players don’t have to charge around because they can read the game,” continues the 51-times capped England international, who led by example after playing until he was 42, making over 950 career appearances and scoring some 360 goals along the way.

“Right now, you can see that Mark’s really enjoying his football and being part of this exciting West Ham team. He’s certainly got the drive to keep himself at peak fitness levels and having been fortunate enough to steer clear of any serious injuries so far, hopefully he can keep that going.”