Nirvana on board as the Hammers’ Official Travel Partner 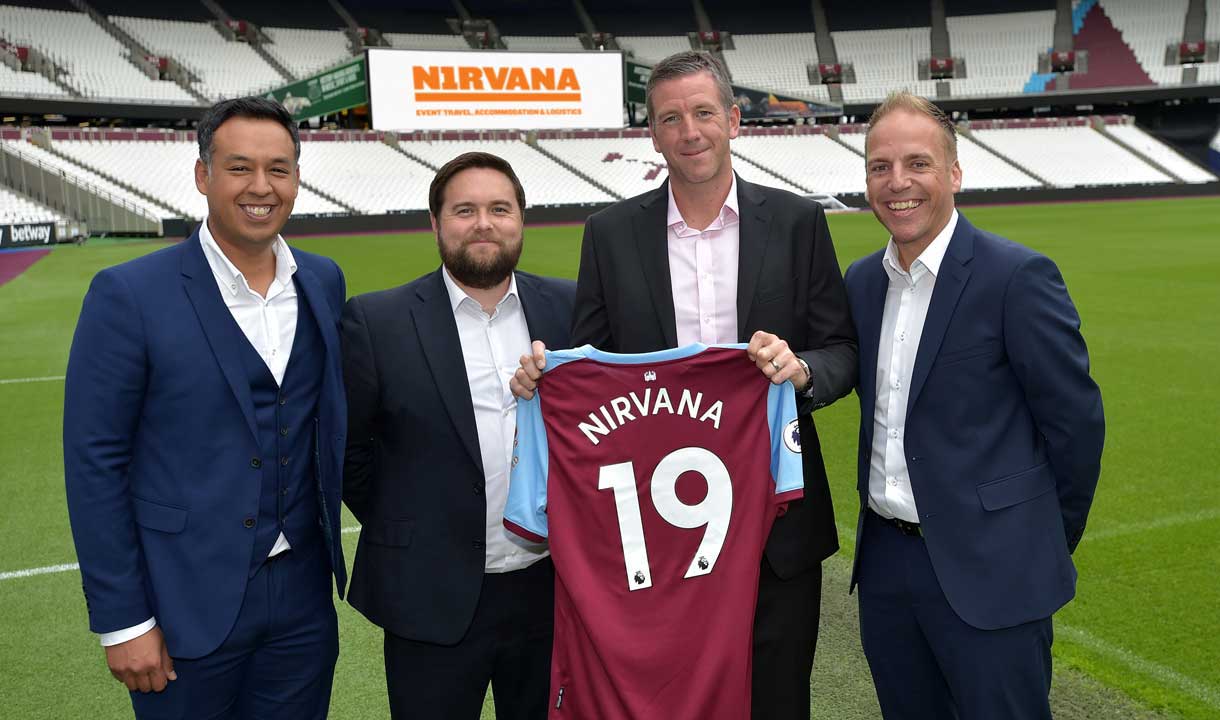 West Ham United is delighted to announce Nirvana as its Official Travel Partner.

The partnership will provide exclusive travel offers to West Ham fans, the details of which will be announced in due course.

Nirvana was originally founded in 1999 as the official Great North Run accommodation partner and during subsequent years, have firmly established themselves in the world of event travel, accommodation and logistics for sporting and leisure events worldwide.

They are ABTA members, and fully ATOL-protected by the Civil Aviation Authority and their current partners include ParalympicsGB, British Triathlon, and the IRONMAN European Tour Series.

West Ham United’s Commercial and Digital Director, Karim Virani, said: “It’s fantastic to sign up Nirvana as our Official Travel Partner. Their expertise in planning and logistics will benefit our squads as they travel around the country, and in time we’ll work with Nirvana to bring exclusive offers to our supporters too.”

Nigel Morris, Managing Director, Nirvana said: “The whole team at Nirvana are extremely proud to have been appointed Official Travel Partner of West Ham United. As football fans ourselves, we are thrilled and excited to be associated with a Premier League football club with such tradition and values.

We have provided travel, accommodation and logistical infrastructure to some of the world’s biggest events and have built our reputation as a sport specialist. We look forward to contributing to the future success of the football club, in providing the highest levels of customer service and support.”

For further information, please contact Chris Ward, Head of Marketing and Communications on 0191 2571750 or by email at chris@nirvanaeurope.com