Ogbonna: The clean sheet was down to the entire team

Angelo Ogbonna was only too happy to pass the praise around his teammates after the Hammers kept a second straight Premier League clean sheet - and third in all competitions - at Aston Villa on Monday night.

Manuel Pellegrini's men had to overcome the handicap of losing Arthur Masuaku to a 67th-minute red card, but they stood up to the task and protected Lukasz Fabiaski's goal to collect an eighth point of the campaign.

The Hammers stuck to their task admirably, to the extent that Ogbonna's post-match thoughts were touched with a tinge of disappointment that they didn't go on to claim all three points.

But the Italian was content to keep the team's unbeaten run going ahead of Saturday's visit of Manchester United. 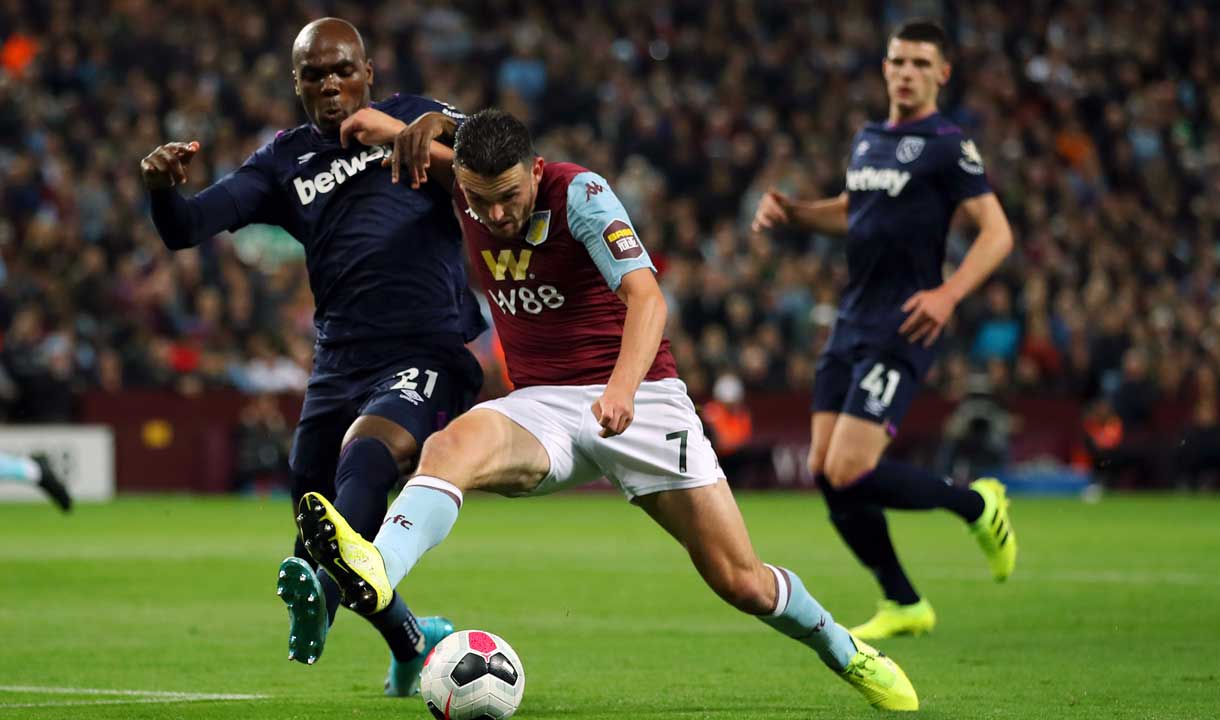 "It was a good performance from us," he said. "We worked really hard and kept a clean sheet because we prepared for this kind of game.

"We tried to keep the ball and we tried to find the right places [with ten men] and we did well. I think we deserved more than one point.

"We're a little bit disappointed, but everyone worked hard and I think last season maybe we wouldn't have got the point. So it's one step ahead. We're together and we're very proud.

"The attackers, Manu, [Felipe, Andriy] kept the ball and tried to find the right place, Nobes, Declan as well. It was a fantastic game, even when Pablo came in for us it was really important. He ran a lot - the guys understand the importance of the game and it was an important point for us."