Declan Rice: The West Ham of last season would have lost that game 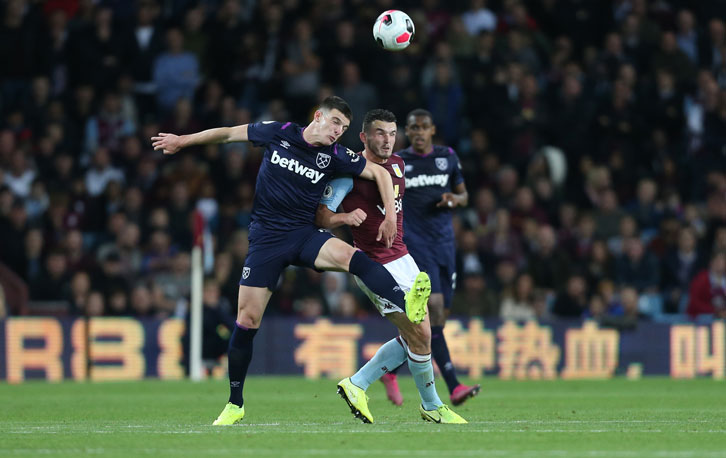 Declan Rice says West Ham United would have lost Monday’s goalless draw at Aston Villa last season, but instead the confidence and spirit in the squad enabled them to grind out a hard-earned point.

The Hammers grew into the game at a rocking Villa Park, and were arguably gaining control when Arthur Masuaku was sent-off by referee Mike Dean for two bookable offences.

However, after going down to ten men, the Irons worked even harder, defended manfully to keep the home side at bay and could even have nicked a victory themselves late on.

Afterwards, the outstanding Rice, who was named Man of the Match by Sky Sports, spoke to Monday Night Football pundits Gary Neville and Jamie Carragher.

A second clean sheet, another point away from home and five games unbeaten in the Premier League, so how would you sum up Monday’s game?

“To be honest, I think we’re very happy with the point. We were a bit slow in the first half. We kept the ball well at times, but it was a bit too end-to-end and in the second half, when we went down to ten, we knew it was going to be tough because we know they’ve got some top players, but we dug in, defended really well and were still creating chances.

“We weren’t just sat back. We were still trying to get the three points and I think we can be happy with our night’s work.”

Why do you think you made a slow start to the game?

“We were just a bit slow out of the blocks. With the atmosphere, they came out and made a fast start, as we knew they would, being the home team.

“We still had some chances in the first half and I thought it was 50/50. In the second half, I thought we were excellent. When Arthur went off, we really dug in deep and I think the West Ham of last season would have lost that game.

“That’s where the manager has really got us together as a team and we were pushing on for three points.

So, after one defeat in your opening five matches, what is West Ham’s target in the Premier League this season?

“If you look at the players we’ve got, without a doubt we should be pushing for top six, like Wolves did so well last season.

“Last season, we were going to teams like Wolves and Cardiff and we were losing and that’s what let us down, but this season we’ve started well and we could have gone third, and that was what was in all of our minds.

“We’re on eight points and that’s five points better than we had after five games last season, so we see it all as a positive.” 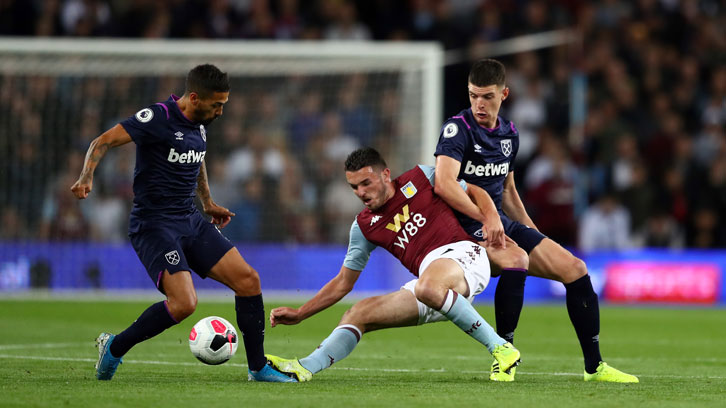 The spirit within in the squad was really evident, particularly after you went down to ten men, with every player working his socks off for the cause…

“From the moment I came back in pre-season, it was a very happy camp. Everyone was delighted to see each other and every time we’re on the training field, we’re all having a laugh and a giggle.

“When we’re playing now, we’re playing with that confidence. We’re defending hard, we’re attacking hard and every player who puts on the shirt, we’re feeling confident to go out there and get the three points.”

What did you make of Arthur Masuaku’s sending-off for two bookable offences?

“I said to Arthur ‘What are you doing?’ and he said to me that it wasn’t a foul. I haven’t seen it back but he was on a yellow and, especially with VAR now, when you’re on a yellow you’ve got to be careful and you can’t be making silly challenges because that could have cost us, but Arthur has been excellent since he has come back into the team.”

What about you personally, Dec, what do you need to do to take your own game to the next level?

“As I’ve said before in interviews, I’m still only 20-years-old and as a holding midfielder I’ve still got so much to learn I try to watch the top players, the likes of Fernandinho, Rodri and Michael Carrick back in the day, and try to pick little bits out of their game and see how they play.

“For me, I’ve just got to keep my head down and keep working hard. I’ve got a manager who believes in me and I just need to keep playing my football.

“With England, I’ve played the last two games and I’m really happy in there as the holding midfielder and I’m striving to play in the Euros, and that’s my aim if I keep working hard and play well enough.”